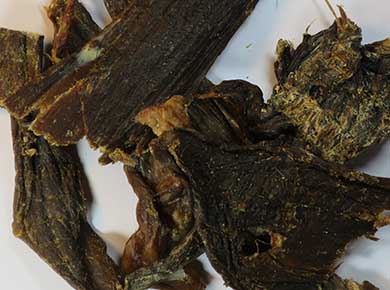 Why is dog food that is basically a bag of grain so accepted by society?

I have friends who keep shoving vegan facebook images of animals dying in horrible ways down my throat – even though I am an omnivore – AND a lot of people won’t give up their meat for anything.

It is believed that around 10,000 years ago when some people decided to farm was an easier life than daily hunting of large scary game that could kill them, that no meat became popular. But back then they didn’t have refrigeration either so they had to salt and dry their meat and hope not to be poisoned by it.  PEOPLE eating everything but meat in modern times is a choice.

trition to find an acceptable amount of vegetable protein fats and carbs as a human, or you can choose to eat a balanced diet that includes meat.  The second option is much easier to do. Many articles suggest that about one quarter to one-third of your meal can be meat and most people are happy with that except for bbq’s when the ratio rises significantly.

Well, mostly they are astonished that I would dare feed dog meat.

Yes, a whole species evolved from wolves only 20,000 years ago, and almost exclusively ate meat, but in the last 100 years since capitalism has reigned supreme have people been duped into feeding their dogs a grain diet.

The cashier is probably amazed because many people claim they can’t afford meat – but these are the same people who buy $20 of MacDonald’s happy meals for their family. Much of which is not meat or is empty calories like soft drinks.

Roast beef, which is one of the staples of my dogs currently costs about $10 per kilo. My dog is on a raw diet, and at 20 Kg he needs about 500g of wet food equivalent (meat and offal) per day.  Even though offal is slightly more expensive sometimes, that works out at about  $5 per day – a little over the cost of a cup of coffee.

While I know my dog is much more balanced on a natural raw meat diet I supplement it with about 20% pellets from Hills.  I do this for his intestinal health, 20% x 11% = 2.2% fibre. I recently changed the specific product so that a major fibre source was beet pulp (that is grown mostly in America and is a preferred fibre source).  I chose his pellets to have as high fibre as I can get without prescription, and it cost me about $80 per 7 Kg bag of mostly grain.  if I was to feed my dog on a dry pellet diet he would need about 220g so the cost would be about $2.50.

Many people don’t do a raw meat diet as they haven’t read up on the nutrition science behind feeding carnivore meat, or it’s much more convenient to buy a 20 Kg bag of grain and be done with it for a few months.

I know that there are infinitely more nutritional benefits from the diet I have my dog on, and don’t care what it costs me an extra $2.50 per day.  What will you do with your $2.50 ??

I also feed my dog kangaroo jerky and roo tendons at night, sometimes tuna jerky or shark cartilage. I choose the 100% animal products but many people see great value in the blackdog 80% meat dog treat range too (that we sell on this site).

Did you know that because your pellets are maybe 30% meat at best that you can swap up to 25-50% of the pellets by weight for roo jerky?  And it will still be within the aafco table range for legal ‘dog food’.

If you buy a kg bag of roo jerky from us it will cost around $43 (yr 2015). At 50g per day, that would cost you an extra $2.15 per day and it would give them more natural Omega 3, and help clean their teeth and strengthen their gums. But the main reason you are doing it is to add highly bioavailable amino acids to their food, so they can use it in body cell growth and maintenance.

Premium pellets plus 50g of roo jerky will still work out a little cheaper than a raw diet, but is a fantastic half way option for people wanting a more natural diet for their dog, that their digestion can make full use of.

Blog
Comments for this post are closed.
Previous reading
What does it cost to feed a dog “dog food’ or actual Meat?
Next reading
Keeping your dog fit over the season with xmas kangaroo dog treats