HEALTHY DOG TREATSBlogBlogThe art of being primal – a dog treatise.

The art of being primal – a dog treatise. 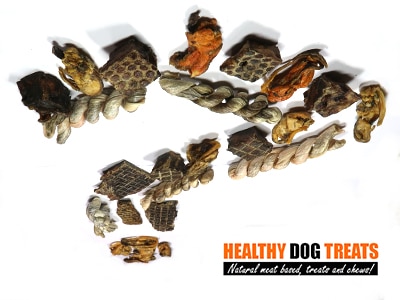 The words holistic and primal, even original get bandied around a lot when it comes to talking about health. But in the world of dog food, the reality is much simpler.

Its not about a fad, a lifestyle, a glossy corporate media campaign. Its about YOUR DOG.

And how to get your dog back to eating as close to an original diet as possible.

IF we hadn’t of cultivated wolves/ dogs to do our work. If we hadn’t of bred them down to be easier to manage, less fierce, they would still be happily killing and eating all their own food.  And that food would be ALL animal based – unless in the exceptionally rare circumstances that they were too old or the pack were not in an area to capture and eat their own food.

There is a tremendous sense of achievement for a dog catching and killing their own food.

The abuse of the term holistic, with dogs.

In human medical terms, it comes to mean whole medical treatments of the body encompassing as many different facets of science as possible to heal the whole body.

In the dog worlds its been misappropriated by corporate to make it seem like throwing a tiny amount of meat, a LOT of grain or potato, and a grab bag of excessive often NON natural vitamins and minerals is a Holistic diet.  That, is about as far from the truth a possible.

IN fact the only dog food that should be allowed to be called holistic is WHOLE animals. These animals would include the muscle meat, offal and bones, that all true raw feeders recognize as the Real original diet best for dogs.

So what we do in the real world that is based on humans being time poor and needing maximum conveniences is we buy packaged maximally artificial sacks of grain, passed off as “holistic’ Food.

What we do in a compromised ideal world is supplement those sacks of mostly vegetable matter, with as much meat as we can, from as many sources as we can, to approximate the true HOLISTIC original diet of dogs.

What primal means to a dog

As the wolf spends most of its waking life on the hunt, until fed. This also takes up a large proportion of what the primal instinct and maximum satisfaction for a domestic dog is composed of.

Primal means engaging the primal senses, as much as it means living an original life.

People see their dog kick dirt behind it to mark where they have peed. They see the dog wee on other dog wee scents, or cock their leg on a poll to mark territory or let a dog know they have been their. They see dogs turning around in circles many times to brush the imaginary grass aside.

These things are programmed into a dogs brain, regardless of it they are forced to live in a tiny human apartment with few natural dog environment things around them.

Many people cant afford the time, or just chose not to take a dog to an off lead dog park, and have them bg mentally and physically balanced.

But the ONE thing, the MAIN thing besides socialization that they can do, to make their dog truly happy, to satisfy that primal instinct is give them a bone or meat jerky to rip apart. To truly feast on a kill that somewhere else their pack might have made.

Not only are endorphins being released because of the joy of that ripping, and tapping into the primal instinct, but they are getting all of that delicious bio available proteins. They are doing what they were born to do.

I have written many other articles about the reason why dogs NEED meat based food, and if on a veggie diet, meat based proteins. But you may have missed that as soon as the salivation starts from the smell of meat, as soon as the chewing starts, and in particular when the first piece of MEAT hits the stomach a large dose of acid (much higher than if they are eating low protein vegetable matter) is released into that stomach to rip apart and use those meat based amino acids.

The dog art of being primal.

Yes, of our nutrition articles on healthy dog treats are based on science articles and feeding trials etc. If science did not back the reasons why dogs still need a carnivore based diet, we would be as bad as all the flaky slow motion corporate ads  trying to convince you that fido needs to eat more grain and sugars, or needs to go artificially wacko.

The reason we call their primal state and art is because something that gets them and us so in touch with our base being, our core, the original state, is like observing the best of art.

Seeing a dog rip through jerky, seeing their eyes light up. Seeing the pure satisfaction is so mesmerizing it is like witnessing a great play, a great piece of theater, raw art at its best.

But unlike the vegetable based dog foods that are becoming all so trendy and oh so bad for ALL dogs, this joy we see on a dogs face is a naturally self generated buzz. It is not from an artificial sugar high. It is your dog getting all of the health benefits of the kill, without risking being killed themselves (*unless they are a pig hunting dog in rural Australia)

The dog’s brain, its digestion and naturally its happiness and endorphins are tied up in the very natural activity of eating the most natural food for it on this planet, its very reason for being. Eating MEAT.

THAT, is the true meaning of being primal for a dog.