Can dogs eat MEAT? Surprisingly this is a little-known dog fact. 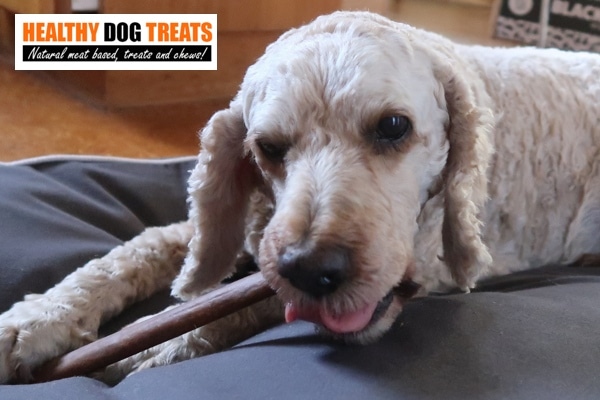 Some people know that dogs evolved from wolves in China some 20,000 years ago.  That might mean they instinctively know that dogs mainly need meat in their diet. But apparently this is not known by everyone.

You might think instinctively that with all of these meats proudly displayed on most cat and dog food labels (big chicken legs, and cuts of steak), that everyone would be aware that dogs can eat all of the common meats, and even the more-rare ones.  BUT this knowledge is not widespread.

We speculate that there is something more insidious going on here.

It is true that while dog food typically has only 30% meat in it (to keep corporation profits up), and while it is often listed as the number one and two ingredient (using ingredient splitting to make it seem more prevalent than it actually is inside the pack) … that people are forgetting about what dogs do best on.

The evolution of dogs, their digestive system etc is NO gimmick. It is actually just how they are. Humans forced them to evolve some skills in processing plant matter, but nowhere near the extent that humans can. We as individuals, have also done it through the years to keep the best cuts of food for ourselves, the precious meat.

But when I ask owners of dogs how much the love their dogs, wouldn’t they do anything they could to have their dogs be healthier and live longer, the answer is typically an unreserved yes.

So considering that information, and besides dog food makers packing commercial dog food full of cheap filer grains or vegetable matter for year, because they can get away with it, you might think people know dogs need meat. I was most amazed that there are virtually NO Google questions about whether dogs can eat plant matter or grains!  Just about the validity of meat?!

‘Grain free’ is becoming a BIG market segment in dog food, as some people realise that feeding dogs livestock food made for herbivores might be the greatest idea. Its is still a major puzzle how the advertising agencies have been so good at their job, that people are now questioning whether dogs can eat the fundamental thing they need to survive, MEAT.  And NOT question anything about the plant matter we force on our dogs daily.

Fortunately, most people understand that dogs can eat chicken. Considering that its once of the cheapest meats readily available for including in dog food and dog treats.

The second most common meat source in dog foods and one of the most common treats still has people ask if dogs can eat beef jerky. Considering that true beef jerky is just cow meat, dried and beef is common in dog food, the answer is yes, just yes.

While we sell several different liver types (see the offal category), the main one we sell is BEEF LIVER. It is also the number one universal dog training treat, so again, this is a resounding yes.

The next few questions about BEEF are based on if beef is ok for PUPPIES.  Now considering that the most common commercial puppy food formulas also include chicken or beef this should be a ‘no brainer’.

The Google searcher seems to be more worried about if their puppy dog can eat raw or cooked mince and liver treats. Wolves and dogs in the wild catch animals and eat them. The main predators provide the kill to their offspring. The main concern people probably have is if their dog’s stomachs are too sensitive for actual meat in any meaningful amounts.

If you are changing any dog’s diet, including puppies from pellets to actual 100% meat, some people will cook the food first, and introduce it slowly over a week or so. The only thing you risk by introducing it too fast is loose stools, and nutrition loss.  Then you can slowly introduce RAW meat in the same manner. Just make sure its human grade. If you don’t like that the dried 100% beef options, we have a great alternative.

The long-term benefits of dogs eating meat, and mostly a meat-based diet is astronomical. Its just that you will rarely find a high meat commercial dog food, because being a niche, they will typically have high margins.

Considering that kangaroo products are one of our best sellers, it’s a little surprising that everyone doesn’t know about this HIGH VALUE, organic, low fat, high Omega 3 high and clean protein food.

Kangaroo meat is typically used in vet exclusion diets to sort out which other things dogs might be allergic to, so it is considered hypo allergenic (very low chance of a dog reacting badly to it).

Kangaroo bones are one of the hardest around, so suitable to the really big chewing dogs around.

This Google search is equally curious, considering that lamb is also a farmed meat that appears in many commercial dog foods.

The biggest number of Google searches are simply about if dogs can eat lamb, so again, please review your dog food labels!

Then some wonder if dogs can eat raw lamb or mutton. Yes, to young and old sheep, and like beef, if you are feeding raw, just introduce slowly to ensure solid stools.

Some people also don’t know that dogs can eat lamb bones. Yes they can – just monitor dogs eating any treats you suspect that they might have difficulty with.

The rest of the lamb questions revolve around OFFAL. And while we currently don’t provide much lamb offal, like beef offal, it is extremely nutritionally dense and great for food supplements or dog training. So both RAW and dried Lamb heart, kidney and liver are absolutely fine to be fed to dogs.

There are much fewer searches for pork questions than lamb questions, probably because many people have given in to feeding their dogs bacon.

Pork isn’t a big ingredient in dog food, and that is mainly because the best cuts go to humans or are exported, leaving mainly fatty off cut options for things like dog and cat food.

Pork meat itself isn’t much higher in fat content than beef or chicken, but should not be necessarily used in a low-fat dog diet. While PORK JERKY doesn’t generally exist (because of high price), we do sell a lot of long-lasting pork treats.  The skin and bone treats are the most popular pork dog treats that we sell.

The question about raw pork is a little tricker. I raw feed my dog many different types of meat. He loves lamb and pork raw, however I always cut as much fat off the roast pork cut as I can. This will reduce the KJ he takes in, and lower the chances of him being sick. Many dogs are not tolerant to eating a large amount of animal fat in one sitting. Fortunately, most of our pork dog treats don’t have a lot of excess fat!

Blog
Comments for this post are closed.
Previous reading
Can dogs eat fish skin, sure they can, here are the benefits.
Next reading
Can dogs have cat treats YES – but MEAT Dog Treats are much HEALTHIER for dogs (and cats).