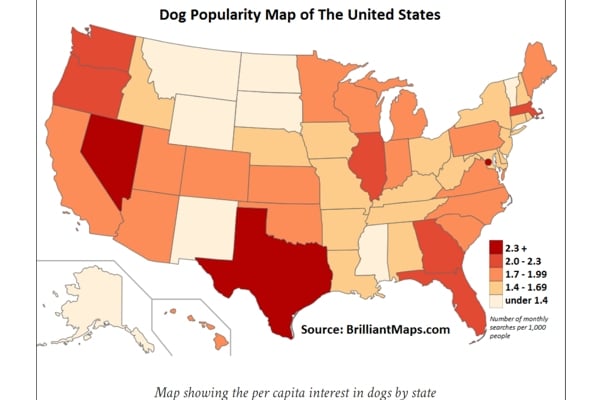 I have to admit I love dogs and I love data and statistics.You might be 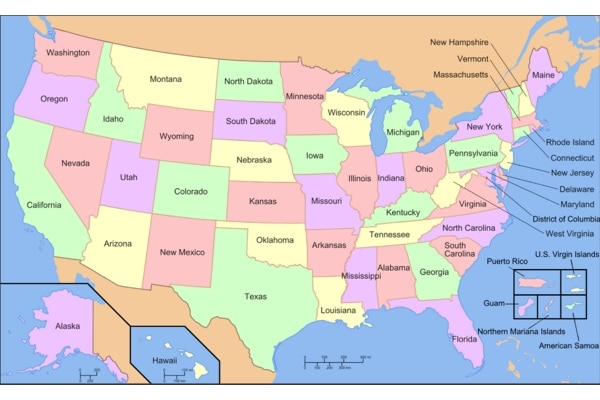 amazed that Australia falls far behind the US as far as plotting our dog statistics on maps goes. And because of that, this article is about American dog stats, and perhaps how that might relate to Australia.

Many long bows will be drawn.  But from available data I thought it would be great to see if there is a correlation between the biggest dog loving states in America and what the human health rates in those states are like.

In theory big dog loving states MIGHT also have a better than average health of its citizens.

DOG Vs CAT Most ownership USA 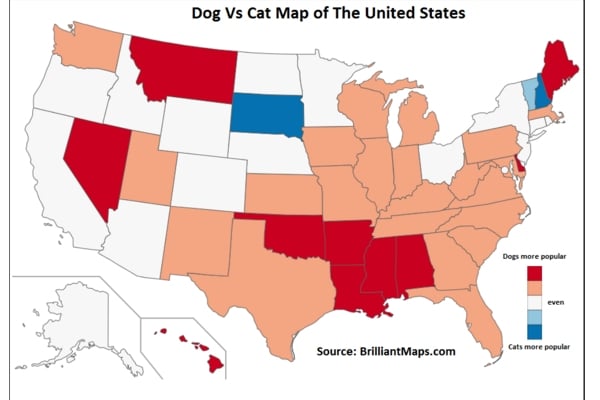 It shows that at the top of the map Montana is very Dog loving state (compared to the number of cats they have).

Nevada in the West also is very much biased towards owning dogs rather than cats.

In the south the states that have much more dogs than cats are: Oklahoma, Arkansas, Louisiana, Mississippi and Alabama are a cluster of states loving dogs much more than cats.

Then way up the top East is the state of Maine (a very cold climate state).

On its own this mightn’t mean a lot. However if we compare to the states that have the HIGHEST dog ownership we might get some understanding of what this means.

The DOG POPULARITY per state was created by the same website, so in theory the states that have a high proportion of dogs to cats, should perhaps align with the map showing the states with the highest dog ownership per house.

Firstly looking at Nevada in the west, we see that it’s the ONLY state that  ranks highest on BOTH scales (dog V cat ratio AND high dog ownership per house).

Montana up north is in a very curious position. While it strongly favours dogs over cats, the Dog popularity map shows that it has the LEAST number of dogs of almost any state. Montana income levels are not the highest, and to properly look after dogs (vet visits alone) requires a reasonable amount of money. So while the like dogs much more than cats, they still have very few of them.

The Cluster of southern states next to (east of) but not including Texas that strongly like dogs over cats curiously except for Oklahoma that has a mid-range of dog ownership are actually relatively LOW dog ownership states. This was the same phenomena as Montana.

But here is the states trend. Of the cluster of southern stats that have a high preference for dogs over cats … the Ownership of dogs is actually highest in the big state next to that cluster i.e. TEXAS …. and the dog ownership popularity diminishes on a gradient the further we get away from Texas from west to easterly.

The FOUR other second highest dog ownership states are:  Washington state and Oregon in the North-west, Illinois in the mid-east, and Rhode Island North East of America.

Can we learn or postulate anything from this?

Since over half of the states in America have the Labrador retriever as their main breed dog by ownership including the very high dog ownership states (Washington State, Oregon, Nevada and Texas) dog breed (at least the most popular) appears not to help us theorise why there is a difference between dog loving states and Dog V cat houses.

But google is a funny beast, with what maps it brought into the same screen to display for me when looking at dog maps and interestingly it brought up the HUMAN health map for each state.

It is well known medically that dogs can make a major positive impact mentally, emotionally and physically for owners. BUT for this to happen, owners have to have a strong connection to their dog, and understand it needs regular walks and healthy (ANIMAL BASED FOOD). They also have to understand that it is 100% their responsibility to do this for their dog – NOT to allocate responsibility. 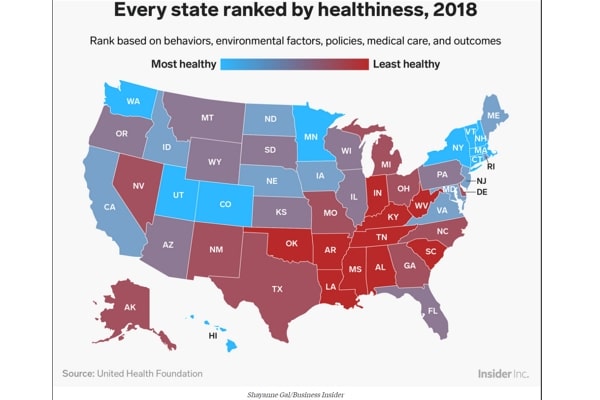 It is well known that education and poverty (both low) can lead to obesity and less options in life (including home ownership or renting or being allowed to keep a dog. These factors and a myriad of other socio-economic factors are in play with mapping correlations between dog ownership and Owner health.

BUT it would appear that at least for half of the states with the highest dog ownership, they also have some of the worst owner health outcomes.  In the southern states Texas has the highest NUMBER of dog ownership per house (2.3 plus) and the second worst human health in the states.

Florida (which notably might have a comparatively ageing population) has the mid range health, and neighbouring state Georgia which also has 2 – 2.3 dogs per household is on the same poor health scale as Texas. These relatively low human health rates are opposite of the dog ownership promoting human health theory.

These are all of the highest dog ownership SOUTHERN states (which tend to have much warmer/ hotter walking conditions than their northern neighbours – (perhaps lowering their desire to walk their dogs).  And it is noted that perhaps the houses with dogs mostly have healthier owners, with the state average dragged down by non-dog owners?  Noting that Texas does have a sizeable human obesity epidemic doesn’t help their desire to walk dogs or be healthy themselves.

Nevada in the west has the highest dog ownership scale of 2.3 dogs per household and is on the second worst human health level (same as Texas). Nevada has a relatively low income per person.

In the upper North West of American, High dog ownership states (2 – 2.3 dogs / house) Washington and Oregon. Are slightly divided on human health levels. The more southern of these states – Oregon, has a mid-range human health stat similar to Florida, but Washington to the North has the HIGHEST health per person level of any state.

Illinois in the mid-east has a relatively high dog ownership of 2 – 2.3 (a slightly lower but still significant cat ownership), and mid-range human health. This tends to be a democrat party state.

The last high range dog ownership states (2 – 2.3 dogs / house) are Massachusetts and District of Columbia (tiny population). Both of these states tend to be Democrat voting, affluent and have HIGH human health levels.

At least for the US, it appears that dog ownership (per house) doesn’t necessarily reflect high human health values for those states (well those states in the south).  And from this granular level we can’t separate out individual dog owner health values from non-dog owner people, so drawing any definite conclusions based on these maps is arduous in the least.

The North West states of Washington and Oregon both have high dog ownership, high relative incomes are Democratic voting states and have relatively higher human health levels. In these much colder states that the high dog ownership southern states like Texas and Florida, owners are not going to sweat so much walking their dogs. But they might also have the mind-set that walking dogs are important for their dog’s health and their own.

The North East small states of Massachusetts and District of Columbia have high dog ownership, cold weather, the population tends to be highly educated and remunerated and Democrat party leaning.  These states high human health levels might be for a similar reason to given above for ‘Washington and Oregon”.

It is great to see places having high dog ownership – but only if they know how to look after them. In America it seems that about half of the states on the highest or second highest dog ownership per household states (the more northern and cooler ones) the more educated and affluent and Democrat party voting states have the highest health outcomes of the high dog ownership states.

Just having a dog won’t make you smarter of fitter. Higher Education and income might help a person’s health outcome, but just owning a dog doesn’t guarantee you will be healthy either.

We know that understanding that walking and looking after your dog’s health, can have profound positive health benefits to the owner too.  This is a truly symbiotic relationship.

None of this is proof, it is just theory and long bows drawn from American statistical maps, but imagine if it was true, and could be translated to Australia …  ideally education and income level shouldn’t be required for people to be smart enough to know to walk their dogs regularly and feed them healthy dog treats … but it just might help, profoundly.

Clearly more study in these areas might back up the correlations and show just how important dogs are to our survival.

Blog
Comments for this post are closed.
Previous reading
The latest trends in supermarket dog treats 2021, and the top things to avoid.
Next reading
Why dogs hide their healthy dog treats