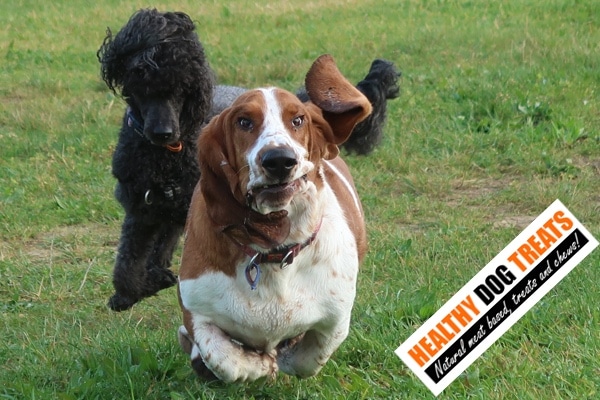 This was one of the top trending google dog treat related questions at the end of 2020 in America. So clearly it is becoming a problem for some owners. I imagine that some people in Australia have witnessed this too.

The short answer is. That if your dog is hungry, and the treat is healthy and palatable (good smell, good texture) for a dog.  THEN they should eat it immediately.

Dogs evolved from wolves, and a healthy pack regularly hunts prey, and immediately eats what they catch. The highest in the pack get the best bits. They don’t store food away for later that often as they keep migrating to different areas. They usually catch just enough to sustain the pack.

Though when they cant catch prey, they will scavenge or eat a small amount of non-meat things like berries. That is why domestic dogs have an innate desire to hurriedly eat food, because they don’t know (in their primal brain) when the next meal will be coming. Yes they know that you feed them regularly, but there is a feeling of scarcity in the typical dog. Not to mention labs are missing the gene that helps them know that they are full.

You will note that some of our range might not be attractive to your dog.  THAT is why we always recommend you buying new treats in small quantities to test your dogs desire to eat a specific treat.

Not every dog has to enjoy eating every food. And because their owners typically give them plenty of food, they can be a lot more picky than their wild ancestors would be.

Treats can occasionally ‘go off’ (stored incorrectly) or otherwise. So you can’t always assumes it’s the dogs issue or that they don’t like a specific treat. But please consider offering a treat that your dog doesn’t like to other dogs before jumping to this conclusion. Our treats are packed fresh and healthy, and most dogs like them all.

But consider kangaroo dog treats which are one of the healthiest treats on earth, not just in Australia. Yet a dog that has never eaten roo jerky or kangaroo tendons might initially refuse it, as the game-y smell doesn’t mesh with what they know to be food or meat, like beef.

Dogs are exposed typically to beef, chicken and maybe lamb in commercial dog food pellets or wet cans, so they know what it smells like. Other meats initially to some dogs might raise suspicions of the dog.

EVEN IF your dog has had kangaroo or fish in their regular diet, remember that commercial dog food pellets might only have 30% meat in them, and that meat is often quite old and modified (preservative added, salt and sugar etc) before your dog gets it.  So dog food meat typically smells nothing like natural single ingredient dog treat meat.

A great healthy single ingredient dog treat might actually overwhelm a dogs senses, particularly if they are not a raw meat fed dog.

Then if they eat too much of it, they can have very loose stools.  Like changing a commercial dog food, you should also give a new dog treat slowly to your dog. Wait for their digestion (gut biome) to adjust to processing the proteins in the new food source.

These are all possible scenarios of what healthy dogs do with healthy dog treats, when they are unsure of a new one. And why they might not eat them immediately.

They are perfectly natural reactions.

Now let’s look at the abnormal behaviour of some dogs burying or hiding dog treats and the causes. 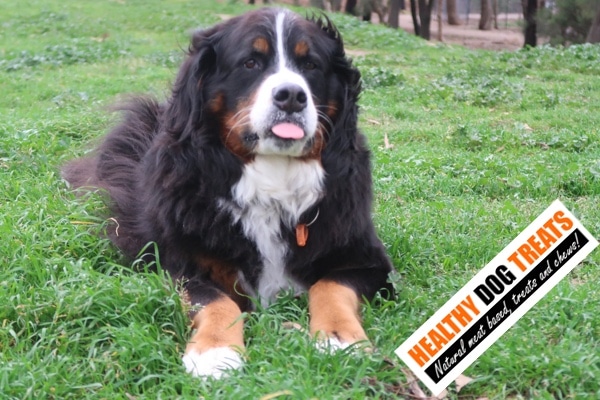 Why your dog buries or hides dog treats – abnormal causes

INSTINCTUAL HIDING –   This is storing up treats for the long hard winter. Dogs who are not super social or confident can regress to very primal behaviour of not trusting their owners are going to feed them their next meal. Again this is a primal instinct, no matter how well you are treating your dog.

In the wild it was ‘feast of famine’ for their ancestors as prey became seasonal – so when they got a big haul of food, the pack in extreme circumstances (ie if it was a small pack, sick pack, or just a mother with cubs) might consider burying or hiding food in their larder. This would mean that they would have to stay nearby, which is not always safe or convenient for most packs.

A healthy large pack typically would just continue to hunt and move on eating each fresh kill.

If you own several dogs and they don’t share nicely, competitive nature will also have one dog often want to make sure the other doesn’t get what it can’t immediately eat itself (so might hide or bury food).

REFUSAL of dog treats –  Some dogs will find a new smell objectionable, or either the same treat, by a different manufacturer, different enough to cause internal thought conflict as to its goodness.

For a dog who is hungry to refuse good quality treats … there is usually something wrong such as the following:

When a dog is suffering general anxiety, which can go back to puppy bad experiences or even genetics, it can spread to abnormal behaviour around food.  Food guarding where a dog lashes out at another dog or human around food can be quite common for rescue dogs and dogs that were treated poorly by previous owners.

Desensitization is often best left to dog behaviorist.  If a dog lives in a single dog house, and is fed regularly. Is rewarded and corrected in the right measures to shape its behaviour, for safety etc, then anxiety dog treat burying is cause for concern.

Like humans, if you have too much food or have eaten too much, you put it away for later.  THIS is very different to the above conditions where healthy hungry dogs refuse food.

Obesity is as bad for dogs as it is humans regarding long term health outcomes.  However, knowing that single ingredient meat dog treats are typically far healthier than most dog food (those loaded with carbs), should have you realise that if your dog isn’t eating quality treats immediately and prefers squirreling them away for later – perhaps you should reduce the number of pellets they are eating.

Dog food has an excessive amount of minerals and vitamins added to natural levels found in vegetables and meat ingredients to meet the suspect affco requirements. Dog food also typically has minimum amounts of bio available meat-based proteins, meaning that your dog can be missing out on vital proteins its body needs, on ONLY eating commercial dog food.

If your dog is hiding or not eating treats, because it is over-feed, and becoming obese when it eats those treats later, consider reducing the number of pellets slightly in their main meal, and adding quality meat healthy dog treats (meat) to their diet so they get sufficient quality protein.

You can do this up to 50% (some texts suggest) – but if you have a concern, 25% direct weight substitution is fine too.