The most popular dog breeds in australia 2015 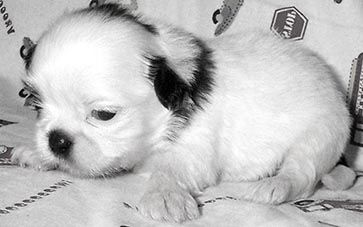 This is the second article in the series of the best or most popular dog breed list for 2012. Google data is used to compare monthly exact search volumes for dog search terms in Australia UK and Ireland in 2012 compared to 2011.

Breeds with the highest search volumes are listed at the top of the tables. Subsequent breeds are listed as a proportion of the leading dog volume search numbers per month. For 2012 a six month average of Google search volumes was taken to provide a more accurate reference, these were for the months April to September 2012.

The most popular dog breed search in Australia is still the German Shepherd. Google adwords tools show it to have approximately 8,100 exact searches per month via its search engine and search partners top five positions are taken up with three large dogs (German shepherd 100%, Labrador 82%, golden retriever 82%) and two small dogs (Pomeranian 90% and French bulldog 82%).

Every dog breed in the top ten of 2012 are discrete breeds and adult version, not the puppy versions.  The Pomeranian and French bulldog both moved up one spot on the dog breed popularity list while the Labrador dropped a place and 18% in popularity compared to the leading breed in 2012.

A full analysis of the Australian top breed list for 2012 can be found in the companion article on this site.

The most popular dog breed in the UK was the German shepherd, again. It had 28,100 exact searches per month on average over the last six months. Again the shih tzu phenomenon that saw this breed in Australian or American go from lower than the list in 2011 to near the top was   repeated in the UK with the shih tzu ranking second with 93% of the searches that were used for the German shepherd.

Ireland is a lot smaller in population than the UK, but it is the second highest dog associated search per capita on google in the world, behind the UK. Since the UK and Ireland are the birthplace of many dog breeds, it is only sensible that analysis of this country should be considered to see teh affect of global trends, and how the list has changed in comparison with the UK. The most popular breed in Ireland for the last six moths, the bichon frise, had 2,483 exact searches per month.

The dog breeds that disappeared from the list and their 2011 popularity are: beagle 63%, bernese mountain dog 55%, boxer dogs 45%, newfoundland dog 37%, bullmastiff 30%

The top five breeds in each country were:

The German shepherd still maintains popularity across three countries over the last year.

The breeds that disappeared from the 2012 lists were:

It is noted that there is a similar list of new dog breeds in the 2012 list across countries.

There is also a similar list of breeds that failed to make the list again in 2012 across the three countries.

This analysis suggests that Australia follows the trends of most popular dogs more from America than the UK or Ireland.

It also shows that proximity of countries makes the biggest difference to what dogs are trendy. that is the American dog breed trend list is most similar to Canada, and the UK list most similar to  Ireland.

One concern raised with these trends is what becomes of breeds that are incredibly popular one year and disappear from the top 15 altogether the next year. Are breeders set up to be able to weather such extremes in popularity and what becomes of a breed that is no longer popular? Are they no longer popular because marketing made people buy them, and an inappropriate fit to the purchaser sees people abandon these dogs.