Beef or Chicken Dog treat colour, what colour means healthy to you? 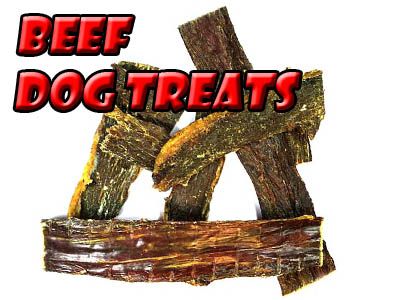 Advertising and marketing are all about image.  They try and align consumer perception with their expectations.  Curiously one the major dog treats snacks in Australia, that has very few redeeming health benefits is mostly just grain colour tan.  They no doubt have a colouring agent in it to stop it being completely bland, but then again their sales are mostly because of slick tv and radio advertising and much less about the actual product in the pack.

This is probably true of most human treats too. But we all have an expectation with chocolate for instance that it is brown, and the darker the brown the more cocoa in it.

If you don’t like the taste of dark chocolate, that is fine, but for people who do, if they can’t find a percentage of cocoa on the front cover, they will often look at the photo on the package to assess (mostly wrongly) what strength of cocoa is in their treat.  I say wrongly as again chocolate usually has a whole bunch of additives including colour to fudge perceptions.

What colour is beef dog treats?

People probably expect that a Beef dog treat will be brown like a cooked steak. But of course that isn’t true of a treat that is naturally dried.  You will also find that most treats are 80% grain, so to get a brown colour when 80% of it is a light coloured wheat, a lot of colour additive might be used.

If you are wondering about the blackdog range we currnely sell here, except for the yogurt and carob treats) the rest of the range are 80% plus meat. This means the colouring is mostly coming from the meat in the treats. However that said, The beef liver balls tend to have a little bit of human grade colouring to tweak the meat content (80% plus) a little blacker for people to perceive that it is high in beef liver (a dark brown) and to account for the small amount of chicken which is added.

When you open a pack you will know from the extremely pungent smell that liver is added, but humans sense of smell is much more limited than a dogs. Because of our diminished sense of smell, and because we have trouble smelling through sealed packets, they put a large transparent window on most packs – to appeal to our vision rather than sense of smell.

Of course dogs are almost completely guided by the smell of a product but laboratories around the world have been working for years to fool a dog into eating grain based dog food, and the same is with others dog treats. Which unfortunately means you cant always trust that a dog is eating healthy just because the smell appeals to them.

What colour is chicken dog treats?

This is one of the biggest mysteries of modern time.  If you buy any form of chicken dog treat, including 100% chicken breast, you will be buying it with a yellow colouring agent.  So again, while Blackdog treats (that include grain) are at least 80% meat, both the combined treats and the 100% chicken breast treats have yellow colouring added. Apparently, when the amount is such a trace level, it can still be called 100% or full chicken breast or whatever permutation.  The vast majority of dogs are not allergic or in any way sensitive to the small amount of colouring used, but it is in their because humans expect anything chicken (from chicken chips to chicken soup) to be yellow!

One of the reasons for this seems to be that roast chicken skin is yellow/ brown. Hence chicken chips and all thing chicken have to be tinted yellow or consumers will expect they are not eating ‘real’ chicken. Of course, natural cooked chicken breast meat (in your oven) is mostly white in most chickens, but if the consumer expects yellow, then they will get yellow!

Blog
Comments for this post are closed.
Previous reading
Kangaroo and fish dog treats, what colour do you expect?
Next reading
For Premiumisation & Humanisation treats, Applaws it’s all good.