HEALTHY DOG TREATSBlogBlogCan humans eat dog treats? And what happens when they do?

Can humans eat dog treats? And what happens when they do? 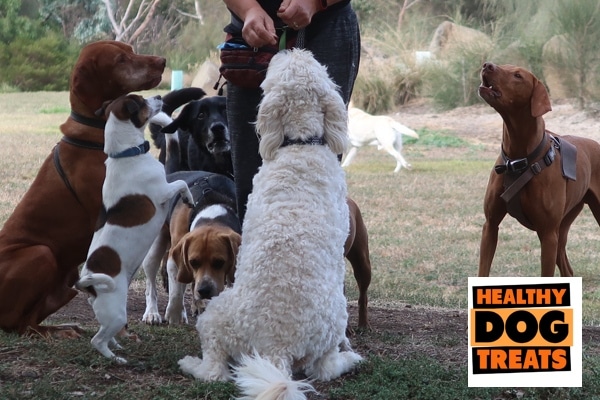 According to Google the first part of this question was the second highest search query related to dog treats in May 2022 GLOBALLY. It was trending at 170% growth rate. A LOT of people need to know this?!

If you are a curious kind of person, you might wonder why so many people are thinking about it?

DISCLAIMER – we do not recommend people eat dog treats. (Although we do know of some people who do, and why they do so, but more of that later).

Why would a human WANT to eat dog treats?

Curiosity aside, it’s been documented that people on low income have tried wet dog food in cans previously (and still might do so) – but that is probably mostly if it is cheaper than human food.  The issue is that while canned dog food might seem like an economical and good idea to some, it isn’t.

Dog food (canned or pellet) only has to list the major ingredients on the label, and the nutrition table. Often not the source of the ingredient, or even the specific body part.

It will often use misleading terms that allows them to include questionable meat quality, and bad offal and hooves, beaks etc – things that are not exactly sanitary or good for a human or dog to eat.  But while dogs might get sick from these things, their high acid stomach content often keeps them safer than a human.  Dog food ingredients are often heated to extremely high levels to kill the bad stuff, but that can also wreck the nutrition, denature it.

The vast majority of meat included in dog food is NOT for Human Consumption, because it doesn’t have the same health and safety standards. If it did, it would be a LOT more expensive, if it actually included any substantial amounts of quality meat.

Again, while the answer is no, its not recommended.  But all treats are not made equal.

Here is our modifier: since ALL of our 100% single ingredient, Australian made dog treats, do in fact have ONE ingredient in them (ie animal meat, offal or bone) – they could theoretically be as healthy for humans than the “human equivalent jerky”. But often not as palatable.

We even have a supplier that sells us “human grade’ meat and offal as dog treats– but that is another matter.

100% single ingredient dog treats have to be made by suppliers who are legally regulated and licensed by state authorities (such as Primesafe in Victoria) to ensure that they are safe from pathogens. But not every dog treat reseller is licensed by Primesafe.

100% single ingredient dog treats don’t have any added ingredients that can go off, so they have NO preservative. But they have a use by of over a year.

They way they heat dry the treats it basically kills all pathogens, so would not be that dissimilar to you putting a piece of steak in the oven and cooking it. Just that your steak ‘should’ be of higher quality or at least more tender. And the handling after cooking, ‘should’ be more sanitary – but that is up to the cooker.

What is the difference in ingredients between human treats and dog treats? 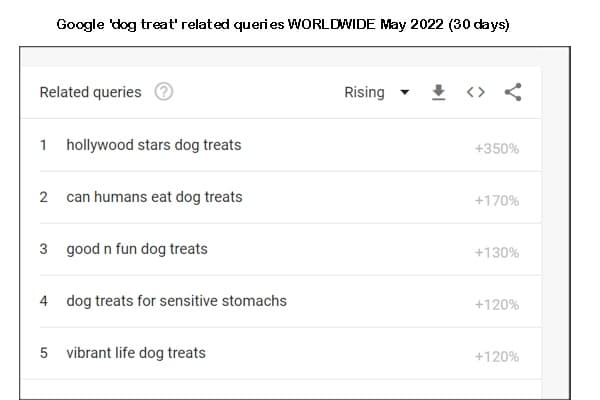 Compare Single ingredient dog treats, to ANY human grade jerky (that cost many multiples times per gram the price of dog treat jerky), and you will find the human grade jerkies have a lot of herbs and spices and PRESERVATIVES.  They have the preservatives because they are not single ingredient, and might be sitting at ambient temperature or longer on a counter somewhere in some shop.

The manufacturers tweak the human jerky product to taste nicer/ sweeter or saltier than natural meat, and use processes to make it much softer and QUICKER to eat than dog treat jerky. Ironically longer lasting jerkies are one of the major selling points of single ingredient dog treats.

And because natural DOG TREAT jerkies, like Roo jerky, are in one big piece, and much harder to rip apart than human jerky, and it is not spiced, most people would not like eating it. Even if it is a tiny fraction of the cost of human grade jerky.

Truth is, there are not many good reasons a person should want to do so, besides bonding more with their dog maybe, or basic economics, and we have heard of people using fine shark cartilage powder on their cereal … but it is not recommended – because of the off-chance of pathogens that seemingly human grade food should be free from.

Our 100% meat jerkies like beef and kangaroo, even fish pieces have NO additives, and suppliers often give them a Two-year shelf life.  However, we often drop that to one year on the packets knowing that not everyone will keep their dog treats in ideal pantry conditions.

Dog treats that are dried correctly and stored correctly typically do not become inedible for dogs for a very long time. And they should be pathogen free.

We recommend MEAT based dog treats, because MEAT is highly bio available for dogs, and is a great supplement to the often-low meat content of many typical dog foods out there (wet or dry).

The main reason that a random dog treat shouldn’t be consumed by humans is that in theory the processes are not as stringent to keep pathogens at bay.  Dogs, high acid stomach and short intestines (compared to humans), means they can much easier kill pathogens like dangerous bacteria, and any that survive into the dog’s intestine, are often quickly shed out in a few hours, compared to half a day or longer for humans.

It is a sad indictment on modern human beings that you have to put warnings on packets like “not for human consumption’ but the fact that this articles title is one of googles actual biggest search questions of the moment shows why it now is mandatory.

With tik tok’s anything goes trends, its understandable now why these kinds of basic warnings are becoming more necessary.

So please, continue to buy healthy dog treats for your dog … but resist the temptation yourself!

Blog
Previous reading
Did you know that Offal is needed in dog’s daily diet? Its all about the Natural nutrition it provides.
Next reading
Why satisfying your dog’s primal MIND urges are as important as satisfying their primal nutrition.