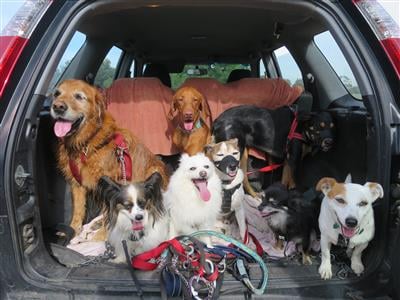 The Abstract for this document says “Specifies requirements for the production and supply of manufactured food for domesticated dogs and cats. Applies to both domestic and imported products.”

“The Standard covers production of pet food from sourcing and receipt of ingredients to the storage, processing (including heat treatment), packing, labelling and storage of products in order to assure its safety for pets. It also includes instructions for the uniform application of information provided on labels.”

Application “It is recognized that with the variety of products and production systems used in the pet food industry, compliance with some of the provisions of this Standard may be achieved through alternative means. Compliance with this Standard by use of such alternatives requires that they provide an equivalent outcome to those specified in the Standard.”

Why have an Australian standard when most countries in the world, including Australia simply follow the American standard set by AAFCO ?

Firstly you should understand that the vast majority of dog food consumed in Australia is imported.

Then you should understand that dog food is irradiated on entry into Australia, just like dog treats. But that irradiation actually insures safer food than non irradiated foods. And that irradiation is mostly microwave energy – not the kind from uranium!

Why DOG FOOD is IRRADIATED and what are the benefits?

THE Australian RSPCA organisation is opposed to all cat food irradiation (which ceased in 2009) and dog food irradiation that still occurs.  The issue for cat food was that several cats got sick, but it is likely that somehow the radiation levels affected the amino acids like taurine, and insufficient levels of taurine negatively affect cats.

Irradiation of dog food is a quarantine requirement because irradiation (non ionising) neutralises the affects of harmful bacteria from being able to breed into unsafe population levels.

What are the aafco standards compared to the Australian dog food standards?

The international standards are the American aafco.

These standards are intentionally higher than any standard meat and vegetable combination can achieve so that people think that ONLY manufactured dog food is good for their dog.

Unfortunately, since companies use a massive loading of grains to achieve the minimum protein standards and this cheaper method is not as bio available as meats to dogs – the dog cant extract sufficient nutrition from grain based dog food.

The reason that the Australian standard seems to have been invented, according to rspca is that “PET MEATS” sold in Australian supermarkets as complete food appear to have a high sulphate content.

“The Australian Standard for Manufactured Pet Food AS 5812 contains clauses that address the sulphite issue by including a mandatory requirement that any product containing sulphur dioxide, sulphite or potassium sulphites must contain sufficient thiamine according to AAFCO guidelines, for the entire shelf-life of the product.”

The reason is, that while dog food standards were made to make grain based food acceptable for multinationals, no special interest groups have hi-jacked the dog treat market yet.

The reason being, that most of the multinational who make dog food also make dog treats, and if you have no standard for dog treats, you can make it to an even less nutritional level with even more cheap grain if you like.  You can make it with as much sugar, salt or anything else you want to fool dogs into being addicted to something very unhealthy.

At the moment dog food has not requirement to show specific PERCENTAGES of its ingredients (such as the amount of meat) only the order of the ingredients, but ingredient splitting is the way that companies get around this and fool consumers into thinking there is more MEAT in dog food than their actually is.  I have written an article on ingredient splitting on this site.

And while dog treats have an ingredient list on the labels, they don’t have any PERCENTAGES, or any nutrition levels to meet.  Some companies call vegan food dog food, which clearly should be an illegal practice of any authorities actually cared for dogs.

What dog treats to look for that are healthy?

As stated many times on this site, it’s usually to do with the highest amount of quality meat and offal and the lowest addition of other ingredients such as artificial flavouring.

If you are really concerned about your dog not getting enough meat in ‘regular’ dog food, and concerned with any additives in dog treats, then you would buy 100% jerky (meat) dog treats from Australian Companies all of the time.  We sell a large range of these kinds of treats.

You would also include this in your dog’s regular food as a dog food supplement, not as a treat.

Blog
Comments for this post are closed.
Previous reading
Home made dog treats – Why people feed veggies to dogs
Next reading
What do healthy dog treats look like and smell like?