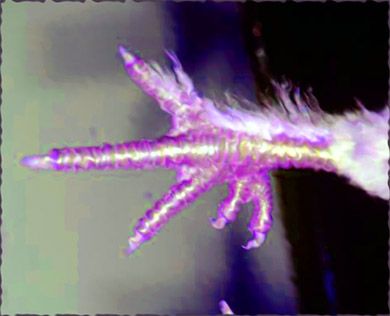 If you hadn’t noticed the trend of supermarkets and fast food selling junk cheaper to families than many fresh foods (meat and vegetables) then you may not see the connection with cheap dog treats.

For years bland bad food was made attractive to humans (often in the poorest areas) by being easily accessible, advertised in bright colours and laden with sugar and artificial flavours and colours, and if it taste really nice and is addictive they will keep coming back for more.

If you didn’t know about supermarket power in Australia, you might be surprised that two supermarket chains control over 80% of food bought from supermarkets as well as many other store types like clothing and hardware. With so much market power and money to advertise, it is little wonder that the brands that win the lottery (are also owned by massive conglomerates) are the ones sold on these supermarket shelves.

What is sold on supermarket shelves has more to do with strategy and margins than what is actually in the foods. And after all these supermarkets have their stakeholders and shareholders to consider first who are mostly driven by profit, not nutrition. You will only find large multinational dog treats on these shelves because its about margin and market share, not nutrition.

I have also seen that one site makes criticisms that one of the most popular artificial dog treat companies is likely to use a lot of Genetically engineered products in their final products.

For those products that claim No artificial colours and No artificial flavours you will often find that they are low in meat and high in sugar and salt (which are apparently natural flavours).

Did you know that one best selling product that apparently drives sane dogs, insane, has Meat and meat by-products from beef, lamb, chicken etc as their first ingredient (ie what is every the cheapest), but without percentages this could be as low as 30% or less. Also note that they lump Meat and ‘meat by products’ together meaning the proportion of meat ‘by products’ (hooves and beaks for instance) could make up 80% of that 30%.  Not only are you unlikely to get the meat that is advertised on the front of the cover in any major amounts (could be one quarter of all of the meat types listed) but it might be the off cuts of the animals that no humans would eat.

A second third and fourth ingredients of (vegetable protein; sucrose; cereal protein)  is likely to make up the 70% of the packet. Should you be worried that sucrose (sugar) comes before cereal protein? Yes.

If five ingredients are listed on a pack, and no percentages given, the fifth ingredient could also be very near 20%.

The rest of the list is fine except I wonder what “non-artificial flavour” additives mean. In a natural dog treat world, you add as much meat as you can afford to add to the product (ie and still make a small profit), and make the rest up with a binder, usually a grain like wheat. The meat, like our meat based dog treats would be 80% or greater meat and the bulk of the remainder of the treat will be wheat or rice.  If a dog is allergic to wheat, then try 100% meat jerky. I am still amazed that some people are astonished that our dog treats could contain 15% wheat, yet they feed their dogs 70% wheat in their dog foods!

The ONLY reason you would add any kind of flavour, artificial or non artificial, is if the meat amount is so low that all the dog will taste is bland grain and they won’t go crazy for the treat.

Previous reading
What are meat based dog treats? And why buy them.
Next reading
Why ling skins fish treat for dogs might be a good alternative?