The big benefit of fish as dog treats 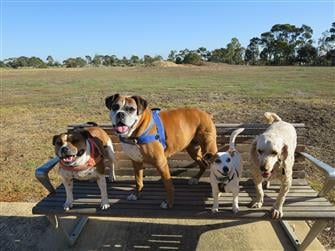 Have you ever bought your dog fish dog treats?

It is perhaps a curious question for many owners who have never thought about the value of fish in their dog’s diet.

You see, ever since dog food manufacturers found a cheap source of land farmed animals (mainly beef and chicken) it became much easier from a bulk buy and cheapness perspective to just use land based animals.

Fish involves fishing and paying fishing companies what they deserve to be paid for their services, hence fish often remain relatively expensive for human food and dog food.

What value is fish for dog food and dog treats?

What s the number one thing that dog owners should know about the value of fish in their dog’s diet? Well if you look at the packet of dog food you feed your dog, you will realise that it contains Omega 3 and Omega 6.

This is usually not by the choice of most dog food manufacturers, it is mandated by the dog food overseeing body aafco that it needs to be in dog food if it is to be legally called dog food.

HOWEVER, Omega six in dog food is by way of sunflower oil often (perfectly fine) but FLAX seed for Omega three – not fine. It is only used because it is cheap and it doesn’t go rancid during long storage periods.

As many articles on the net will explain, flax seed omega 3 is not bioavailable for dogs, meaning that dog food companies either have to put a lot of flax into their food, or dogs just simply want to get enough omega 3 throwing the whole Omega 6 to Omega 3 ratio off, and destroying the benefits of these essential fatty acids.

Essential fatty acids do a lot for a dog beside giving them a glossy coat, they help with eyesight, skin irritations, joint inflammation (well omega 3 does) and many other health functions.

Fish dog treats as a source of Omega 3

So given this knowledge you would probably be either adding Omega 3 from fish oil capsules nightly to your dog’s diet, feeding them fish based dog food (where the fish meat omega 3 has not been denatured) or better still mostly whole (ie not cut up and reprocesses with grain, fish meat and skins.

Almost every whole fish product has Omega 3 in varying degrees, but if you buy it in dog food, just like dog meat, you will probably only get it as 20% or so part of the whole product.

And that is why I have just sourced a whole lot of extra fish dog treat products, and packaged them in small and bulk sized packs, cheaper than most companies on the market.

Most dogs love the taste of fish, and this is the best way of supplementing your dog’s diet with a healthy high protein Omega 3 rich dog treat!

Blog
Comments for this post are closed.
Previous reading
Can Dogs Eat Pork dog treats? And Their Benefits
Next reading
What are gourmet dog treats and why buy them?