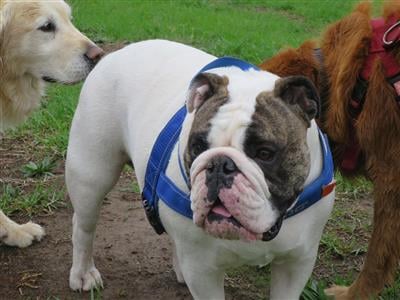 From time to time I like to see what Google thinks a result for a certain dog treat kind of term should be.  I know the system is supposed to be neutral or amoral, but when it pulls up things like Healthy dog treats or Fun dog treats, its either taking the websites word for it or making a moral judgement.

Of course in theory it is doing neither, it is supposedly displaying the closest match that it can find based on a whole bunch of parameters not the least of which is the number of quality links to the site and social media mentions.

And if everyone is feeding a ton of grain to their dog every year, then of course why should google go into bat for carnivore dogs ?

Does Google think that home-made dog treats are FUN?

Well either nobody selling dog treats thinks that their dog treats are fun, or Google is just bypassing all of that and considering edible treats are only fun when they are home-made or when you have a recipe to follow. something called a fun times guide even made one of the top articles even though it was written in  2009 ?!  The website has more space devoted to third-party advertising than content, but again this is G’s choice not mine.

Let’s review how close they are to any kind of nutrition truth.  For me FUN isn’t fun for a dog unless its healthy. Dogs will eat many things put in front of them, especially heavily processed manipulated sugared and salted sacks of grain ..  so let see. Oh, and as a by the way every recipe they summarise is actually a link out to a random dog recipe site.

There is one meat product and one meat by product (cheese). However since meat is in low amounts this gets a fail.  Beans can be used as a fibre product, but there are many better fibres that quality dog food manufacturers choose to use.

This has eggs (tick), bacon fat (saturated and not especially good for a dog), dry milk powder (Fail as its not lactose free), and is 75% grain (big fail) why call it bacon anything if its actually wheat and cornmeal with a dollop of bacon  and just as much added bacon fat as there is actual meat?

3 recipe cupcakes = This recipe has ZERO meat in it (major fail). It has 65% plus GRAIN flour and baking soda, with the taste to make a dog eat it added by peanut butter, vegetable oil and Honey.

A lot of people like giving their dog peanut butter (high in oil and salt and Kj),  vegetable oil is not high in Omega 6 or 3 so adds empty calories.  Honey will make any animal eat the cake, but this one is clearly for herbivores not your carnivore dog.

If any government monitored dog nutrition and anyone not connected to the dog food industry got involved, vegetarian dog food and dog treats would be made illegal.

Humans can eat as much vegetarian and vegan food as they like – its personal HUMAN choice, but forcing a carnivore dog to have this low rent rubbish is criminal, and dangerous to their health.

This is the first recipe on the site with any significant amount of meat in it. Curiously in the site’s mind (and Google by extension) is only for sick dogs (sic).  Ironic because if you don’t feed a dog enough meat, it does become sick. There just isn’t enough essential amino acids in grains and the vast majority of vegetables, and those that are present aren’t as bioavailable so they can’t be fully used by the dog’s system.

Rice is just another cheap grain to fill a dog up, garlic is potentially poisonous in larger doses, and honey just unnecessarily gives the treat a sugary flavour.

It was fortunately that I searched and found this site and its recipes under fun rather than health since these foods might be fun to bake, but definitely aren’t particularly healthy for a dog to eat.