HEALTHY DOG TREATSBlogBlogDid you know healthy dog treats SHOULD be eaten with breakfast, lunch & dinner (as a major supplement)!?

Did you know healthy dog treats SHOULD be eaten with breakfast, lunch & dinner (as a major supplement)!? 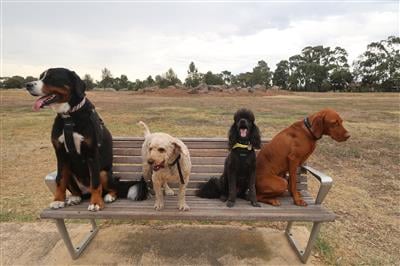 Recently we received a great testimonial from a very satisfied customer who told us “We Love them so much, we don’t understand why we aren’t allowed them for breakfast, lunch and dinner?”

Ironically its only because of the big “dog food” company marketing and poor nutritional value of supermarket treats that people actually don’t know this MAJOR secret. That Healthy Dog Treats can and should be used with all meals.

In fact one of the nutrition bibles on ‘dog food’ co-written by major company insiders, even confirmed that you can feed your dog up to 25% dry weight meat as a substitute to dog food (that is mostly grain anyway) – without upsetting their Affco ‘bosses’.    (source – Canine and Feline Nutrition – By Case et al)

Meat amino acids are bio available to your dog, meaning that they will use almost all of the nutrition in it, rather than the grain which might only be half used, leading to a protein deficiency in your dog, or a lot more processing by your dog to just get enough..

This is another equation that you probably have never heard of before either.  But this is the reality when you have clean quality dried meat based dog treats (particular 100% like most of ours), rather  than the over refined junk that is passed off as ‘dog food’ these days. Dried dog treats essentially ARE the ancestral dog diet.

Anything that is well over 50% grain or vegetable matter should ONLY ever be given to your dog as a Treat and in moderation, not as its main food. Regardless of the extra vitamins and minerals they add to this and the trace components like blueberries, it doesn’t make up for your dog getting its main meal as a whole animal component, or the next best thing.

The minimum protein required by affco dog food rules that govern commercial dog food in Australia is a VERY Low amount. And because it doesn’t mention the source, if the source will mostly be cheap grains or potato. This is what causes dogs to have an essential amino acid deficiency.

Why calcium, Iron etc are added to dog food

IN the wild, wolves (dogs ancestor’s) and dogs, catch, kill and eat their food. They are not a hunter gatherer who takes the food home to bake in an oven. They don’t ’till the fields’ and reap the harvest. They live from kill to kill, and are biologically create for the task of hunting and then eating their MEAT prey,

What you are finding as the composition of commercial dog food, is the closest approximation that the dog food chemists can fabricate, without actually using meat, because them using meat would profoundly affect their bottom line.

They will never put on a packet a warning that there is TOO MUCH meat in their product.  They also will very RARELY tell you the percentage of quality whole dry meat weight in their products.  That is their main dirty, profitable secret.

And the reason why you have such a large dose of Calcium in your dog food is that it’s making up for your dog not eating bones of its prey. The affco pledge to worry people into buying dog food ” Dogs need a careful balance of calcium/phosphorus and sufficient vitamin D for strong bones and healthy teeth.” Would not need to be on a packet if what was inside was just a carefully dried whole animal.

They list the Calcium requirement for adult dogs maintenance diet as between 0.5 and 1.8%  and the Ca:P  (Calcium to Phosphorus) ratio to be between 1:1 and 1:2

What this doesnt tell you, is that they are only trying to mimic how Calcium and Phosphorus are naturally occurring in bones and the amount a dog will get from its prey. They also don’t tell you about chelated minerals. 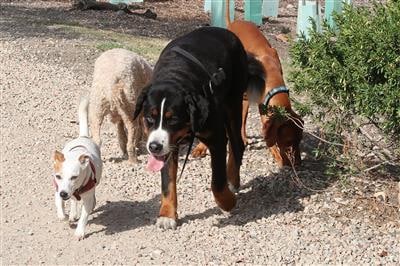 About meat based dog treats and chelated minerals

Google tells you that ” Iron, zinc, copper, manganese, calcium and magnesium can be chelated, the other nutrients cannot. “Chelated” minerals are among the mineral supplements touted for their improved absorption. The word, chelate (pronounced: key late) means to create a ring-like complex, or in loose terms ‘to grab and bond to’.

You will find that the minerals in animals are “chelated” or in forms that are easily absorbed by a dog’s gut.  Plant based minerals tend not to be chelated and so you need more of them for the same eventual uptake by a dog. This means that many dog foods that dont use animal based minerals as the main source in their dog food need to include amounts near the maximum limit if they are to have sufficient amounts.

While dog food is created to fool your dog into thinking that grains are food and tasty, and often have excess, oil, salt and sugars added to bypass your dog’s natural satiety  mechanism (so they overeat and become obese),  all dog food is doing is trying to disguise cheap ingredients into looking and tasting like meat.  The very nature of including TVPs in wet dog food is about this very point.

affco have been forced to have warnings about STARNDARD processing techniques in the industry. – But these processes were created to speed up production and increase profits so they will change. The affco statement on their site fails to address the major problem of almost every commercial dog food production methods: extreme high temperatures and pressure when they render meat or extrude pellets

Affoc says: “ Because processing may destroy up to 90% of the thiamine in the diet (vital to cats), allowances in formulation should be made to ensure the minimum nutrient concentration for thiamine is met after processing”.  You are only seeing this because enough cats died from insufficient nutrition in commercial cat food, that they decided to cover themselves.  Many of the other nutrients are adversely affected in dog food manufacturing, but they don’t care to list this long list. It would upset the consultants that contribute to their guidelines who are employed by the dog food companies.

If you feed a dog meat, you dont need a formula

This is still a mostly trial and error experiment, and reliant mostly on what each individual manufacturer wants to do.  Affco have NO POLICING capabilities, so while dog food companies might try and meat all of the rules, many can use short cuts and there are very few govt organisations around with the resources to continually test products. This assuming that the affco levels are right in the first place, and adjusted to high enough levels to take account of them not using meat in the first place !

The next time you think of dog food, try and consider what a dog would naturally consider food and would choose to eat, given the choice.  Place RAW meat and raw grain in front of them in equal amounts and see what happens.

Note that commercial dog food was only created as a convenient substitute for real dog food. It was created with COMMERCIAL as its major requirement. Its minimum and maximum values are based on the food in meat, offal and bones. Commercial dog food is only a basic approximation, a pale imitation, not an optimal choice.

Because our Healthy Dog Treats are mostly 100% meat or offal or bone options, they are actually DOG FOOD in the truest sense. More like REAL dog food, than any commercial Dog food you can buy.

Most commercial “dog food” is comprised of ingredients (grains) that a dog would never naturally eat in the wild (without a lab adding a lot of other ingredients to disguise the main ingredient). This is why supplementing your dog food, with meat based healthy dog treats, is the wisest, healthiest thing that you can actually do for your dog.

Blog
Comments for this post are closed.
Previous reading
Organic Dog Treats Australia – Get what you need and pay for !
Next reading
RETURNS & REFUNDS