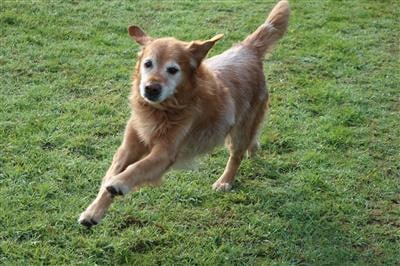 Until very recently it seemed that there were only small pockets of dog treat companies interested in exposing the bad effects of mainly non meat diets for dogs. NOTE, we are one of them.  If you are one of the 97% of dog owners in Australia feeding their dog’s commercial dog food diets, you are likely not to be aware of this battle at all. But it is very real, as you will read. It even includes a new vet ownership model …

You see, marketing dollars for heavily processed grain filled dog food and dog treats mean that they own most of the online searches, and off line advertising. They own society’s opinion. Vegetable based dog foods are spruiked by bought vets, and vet schools, and universities alike.  They rely to an extent on commercial dog food money.  But what is the dog food/treat war really about?

There are many dog food advisor types of sites around. If they are sponsored by gain dog food companies, you will read only what they want to sell you.  However many of these while, not bad mouthing all grain-based dog food will actually give a poor ranking for those grain ‘foods’ that are in the bottom half of the nutrition rankings. And that is a start.

The reality is that there are only a tiny percentage of dog food products on the market that has anywhere near 50% meat or offal, and these are usually prohibitively expensive if you have a dog over ten kg in weight.

The only reason that you might be aware of the beginning of the war in 2018 is because of the recent poisoning and associated deaths of dogs by a ‘home brand’ supermarket (low end) dog food of police dogs in Australia. A few other dogs got poisoned too and rather than give a payout like a human family would receive if one of their children got poisoned and killed, the brand just offered to pay vet bills or replacement ‘cost’ of dogs.

It was this indifference and ‘same old same old’ expectation that the media frenzy would die down in a few days that got some of these owners to band together and start a class action legal proceeding against the company. This group also started organising media investigations into the commercial dog food market, which culminated in some good reporting in the first half of 2018 by the ABC 7:30 report.

Currently, this revolutionary group understands the benefits of raw feeding, and the need for a high percentage of meat-based products in a dog’s diet, for genuine health. The need for animal and proteins for true bio-availability and immunity boosts because DOGS are indeed still mainly carnivores.

The group understands this but also understands the behemoth global commercial interests they are going into battle against. They understand that people who have been convinced on feeding their dog’s a vegetable diet for decades are going to have a massive “cognitive dissonance”, an internal struggle that ‘won’t compute’ to change over their feeding types and habits (convenience of buying at the supermarket).

Nor will many owners have the skill, time and effort required to do appropriate combinations of animal products to provide the complete diet required. And that is why, initially this group isn’t interested in going after the end goal, just yet.

I am a realist and understand that most owners will find the above information hard to reconcile. Surely they couldn’t have be duped by private interest or corporate conglomerates for all these decades.

Some people have had their doubts over the value of highly processed vegetable meals for their dogs and have switched to ‘dog rolls’ or ‘dog meat’ sections of supermarkets, but if you carefully read the ingredients you may not be getting a great deal more quality meat or less additives in your new dog meals, just different packaging.

If the meat is not for human consumption, I won’t feed my dog whatever the hell it is in that package.

These rolls and minces are often simple parlour tricks to make owners feel better. TO make owners feel like they are doing something in taking back their dog’s nutrition. But sadly in the majority of cases, many of these pre-packaged supermarket fare are just smoke and mirrors.

So like these ‘dog food’ companies did in the 1950’s, this DOG FOOD ADVOCACY group is trying to create small changes that provide a pathway to long term positive dog food nutrition change.  It will most likely take decades, but they hope it will acts as a pathway to better meat-based nutrition.

The intermediate solution is to force by Legislation for dog food companies to have to put the percentage of their ingredients on the labels, and tighten up what generic things like ‘meat by-products’ actually mean.

They aim to have certain additives that are not fit for human consumption to be banned on local and imported dog food.

This kind of thing should have been in place years ago, and now regulating a completely unregulated cowboy industry is proving incredibly difficult. They are fighting against a cleverly buffered American association called affco. This volunteer organisation falls outside of government regulation, but its nutrition tables are used as the gold standard throughout the world, without any real independent testing. Affco are known to be unduly influenced by third party consultants that join their working committees who work on behalf of the major dog food brands.

There is a very strong chance that even the first steps of this campaign for transparency (labelling laws and tightening of acceptable dog food ingredients) might never happen in Australia. But consider this. A major dog food company currently owns MANY vet practices overseas. They and several other companies at the global top of dog food production are looking at having a monopoly over vet practices like they have over dog food. They may not even decide to rebrand the vet proactive so the general public is unlikely to be aware of their influence.

Can you imagine what kind of dog food diet these fully owned dog food vets will recommend considering that so many vets are already bought to act as spokespeople for these companies now. Vets are in a difficult position as they make a good proportion of their income from selling these dog foods to their clients. Some consider this might be a conflict of interest.

There will be NO separation of powers when dog food companies OWN the majority of vets. The public will soon be told and made to believe that anyone recommending raw dog food or meat for dogs are insane, are trying to damage your dog. They are already doing this NOW  through their considerable marketing dollar reach, but it will become so embedded that soon that 97% of Australian dog owners will be left thinking their dogs are true herbivores.

Animals  (domestic dogs) that only descended from carnivore wolves 20,000 years ago will never become herbivores. BUT as your dog already consumes 70% vegetable matter (on commercial dog food diets), that is what many people are already unintentionally doing !

And that, for your dog, is a real shame. Inappropriate feeding of a species (dogs) will increase vet visits and income to the dog food companies, it will be a self sustaining profit loop.

The loop begins with feeding your dog low bio-available vegetable foods, it increases food preventable dog diseases like diabetes, thyroid issues, pancreatitis etc. It will lead to more regular vet visits, where owners will be recommended to put their dogs on “special” dog foods … and you won’t even be aware of what caused it.

By the way, that dog food will still be mainly grain or vegetable matter, and so will not bring your dog back to health. It will have them in a ‘holding pattern’ or a slow downward spiral, that you and the vet will say is inexplicable.  They will blame genetics, you will continue to pay more of your income to just maintain a ‘comfortable life’ for your sick dog until the end, when you can repeat the procedure. I find this basic denial of species appropriate food an incredible injustice. Unconscionable.

THAT is the dystopian future we are heading towards if the battle for dog nutrition  and quality meat as a major part of a dogs diet isn’t won this year.