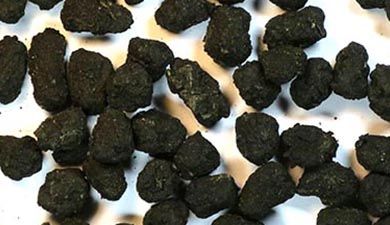 For a multi-billion dollar industry ruled by companies pushing grain diets for dogs and cats it is not surprising that you will find very little legitimate research on natural meat based diets for dogs.

One article that seems to try do so is the “Assessment of the Nutritional Adequacy of Pet Foods Through the Life Cycle” from the University of California – and it discusses why bio availability of nutrients (meat being the most bio available) means that many grain based dog foods are not nutritionally adequate for your dog.

Hence why we suggest using meat based dog treats to supplement your dog food.

The following is from the ABSTRACT: ” Progress in companion animal nutrition requires more precise information on requirements for various life stages (especially reproduction and maintenance), along with values for the bioavailability of nutrients in dietary ingredients. There is virtually no information on the bioavailability of nutrients for companion animals in many of the common dietary ingredients used in pet foods. These ingredients are generally by-products of the meat, poultry and fishing industries, with the potential for wide variation in nutrient composition. Claims of nutritional adequacy of pet foods based on the current Association of American Feed Control Official(AAFCO) nutrient allowances (“profiles”) do not give assurances of nutritional adequacy and will not until ingredients are analyzed and bioavailability values are incorporated.” Ref 1

HDT –  Our stance about dogs eating meat based treats is because dogs evolved from wolves and have a wolf’s carnivore digestive system still.  Any grain or vegetable based dog food does not have adequate levels of essential amino acids to reach the aafco standard (to be eligible to be called dog food). And while grains can provide adequate ENERGY levels, just as fats can, and protein can – a major claim by raw feeders is that because dogs are carnivores their systems can efficiently extract nutrition (ie utilise the amino acids for dogs from the meat protein) MUCH more effectively than from vegetable sources.

Thus dogs can eat less meat protein (and avoid obesity) and don’t risk malnutrition. There systems don’t have to work as hard processing meat as they do with vegetable matter. THERE are many reasons why we at healthy dog treats advocate meat diets and meat based dog treats ..

“In their native state, cats and dogs apparently selected nutrition ally complete and balanced diets, but with domestication generally a single food is presented, which eliminates the choice animals previously exercised. Cats and dogs may reject the food offered to them, which sends a powerful signal to their owners, who appear to use the degree of acceptance of food as the primary criterion of nutritive value.” Ref 1

HDT – The issue of course for this is that dogs trust their owners. An owner eats something, the dog wants it too (including chocolate that is poisonous to all dogs).  A dog that has been fed a grain diet from birth might not instantly recognise meat as a food – this is a very sad indictment on society (and the corporations that profit off your animal). A dog might reject meat, but go ‘whaco’ for grain pellets – because food scientist, paid a lot of money, have spent decades disguising the true taste of grain, and making grain so attractive (baked and coated in fat and salts etc) that a dog’s natural instinct to reject grain is perverted. They have made pellets so attractive the natural cut off mechanism in dogs has also been overridden leading to mass obesity (yes there are science articles on this fact too).

The vast majority of dogs will not eat ANY raw grain, but they will almost all eat RAW MEAT. That is natural instinct.

“In many countries, a high proportion of the food ingested by cats and dogs is commercially prepared by a limited number of multinational manufacturers (less than 5 control 80%  of global dog food eaten). As the health of the majority of the world’s pets depends on the adequacy of these foods, it is important to review the nutritional basis on which commercially prepared foods are formulated. … However, these diets are often formulated using empirical information that cannot be directly applied to new formulations based on different ingredients. Progress in the nutrition of companion animals requires more precise information on the requirements of cats and dogs at various physiological stages, bioavailability of nutrients, interaction among nutrients and the role of various nutrients in the prevention of diseases.” Ref 1

Meat includes natural chelated minerals – but very few dog foods do, so even with the high added amounts of minerals (to meet aafco requirements), a dog is unlikely to absorb the required amount.

“Nutrient composition of feed ingredients – The pet food industry uses two main categories of primary ingredients: grains and milling by-products such as corn gluten meal and animal tissue by-products from the meat-packing, poultry-processing and fish canning industries. The variation in composition of grains is minor compared with animal tissue ingredients, which can vary widely in fat content. Variation is also introduced from the mixture of animal tissues in the feed ingredient. Often this depends on the degree of trimming of fat and bone introduced from the preparation of primary cuts of meat or fish products. Bone dry matter contains ~40% protein, but the remaining material has a very different composition than that of soft tissue. Because of the greater variation in the chemical composition of primary ingredients, compounding foods of fixed nutrient composition for companion animals is much more difficult than for farm animals. The NRC’s databank for nutrient com position of feeds is inadequate and in need of revision and expansion to include many of the by-product ingredients for pet foods.

HDT –  Pellets look like little clumps of grain, because when dried its difficult to make soy look like meat. In canned food soy is disgusied as meat as its often a TVP.  The amount of processing and the small amount of meat to begin with in dog food, let along meat by-products, which is anyting but qulatiy muscle tissue – means that what meat you do get in dog food often has little nutrional value – just enough protein to reach the minimum aafco table amino acid requirements.”

Lysine (an essential amino acid)  is of particular importance in canine nutrition because it is the first limiting amino acid in grains, and processing can decrease the availability of lysine. In the presence of reducing sugars and moisture, the free epsilon amino group of lysine forms a Schiffs base with the sugar and results in a product of lower digestibility than the entire protein. Therefore, the apparent digestibility of nitrogen may seriously overestimate the availability of lysine.

Corn gluten meal is a commonly used protein in expanded cat and dog foods. When a diet is formulated for growing kittens, making allowances for the apparent digestibility of the entire protein and its amino acid composition, lysine and arginine are still limiting amino acids. Some soluble proteins, such as gelatin, may have a high apparent digestibility, but the true digestibility is much lower as microbes in the lower gut degrade soluble proteins producing ammonia that is absorbed and the nitrogen excreted in urine.

HDT –  Much of the report goes into scientific explanation of why the use of grains are bad for bio availability of nutrients for dogs. This means that you need to feed a dog much more dog food to get adequate nutrition, making them obese. Over working their systems etc.

The preferred option would be to feed them a raw meat diet (where cooked grain are limited) or natural dried meat based dog treats to supplement dog food.

Dog Nutrition
Comments for this post are closed.
Previous reading
Blackdog dog treats, why they are healthy and why you should buy from our store
Next reading
What does it cost to feed a dog “dog food’ or actual Meat?