HEALTHY DOG TREATSBlogBlogHow do you think your dog would score on the standardised ‘FIVE dog personality traits’?

How do you think your dog would score on the standardised ‘FIVE dog personality traits’? 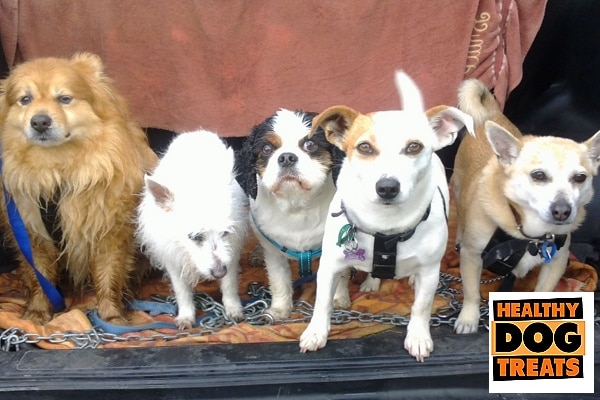 I was musing this exact question the other day about my dog Archie, and found that the vast majority of dog studies look at beagles or Labrador dogs (because these guys are often used in tests or the service industry). And that another large group of dogs that are tested specifically for behaviour are kelpies. This is because kelpies can cost tens of thousands of dollars and can be critical to the working of farms and stations in Australia and the world.

But what about the 400 odd breeds of domestic dogs other than this handful of breeds? What makes a dog a good match for a human, or how could you choose the right puppy for you and your family. Many general articles are written about its not about selecting a specific breed, that it comes down to the individual dog. Or that it’s about the owner behaviour, or that its nature vs nurture… but again, I was after conclusive proof, and I think I found it.

A landmark dog study in 2002 reviewed behavioural data from 15,329 dogs of 164 different breeds to define the main categories of personality traits in dogs. From this massive pool they randomly selected smaller groups for analysis.

“The data (they) collected for a personality test, tested the dogs’ reactions to strangers, ‘‘fleeing’’ prey-like objects, and several potential fear and aggression-eliciting stimuli.” Ref 1

WHAT ARE THE MAIN PERSONALITY TRAITS OF DOMESTIC DOGS?

Here is the big reveal! 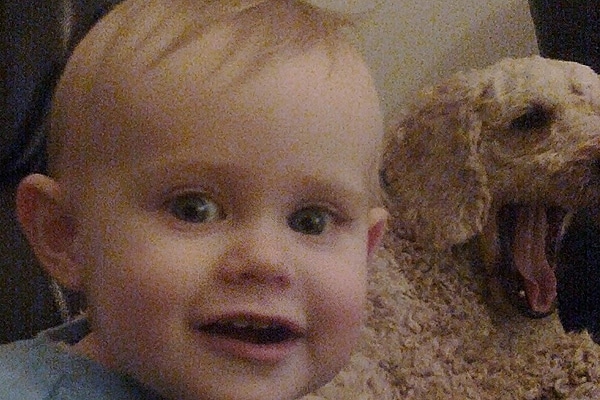 This major study uncovered that there are only FIVE CORE personality treats or what they call ‘NARROW traits’ that dog behaviours can be grouped into.

They used mainly a well-established Swedish model, that incorporates a score sheet that contains scales for 33 behavioural variables. The aim of the score sheet is to describe the dogs’ behaviour as objectively as possible without inferring subjective ratings that might occur if assessed by owners only. The data analysis post testing, found that all dogs could be assessed for behavior on the following FIVE scales.

A little more details around the rating.

For instance, regarding the PLAY trait, “The dog’s interest to play with a stranger is tested and described. “The stranger (test-leader) gives the handler a strong piece of rag. The handler invites the unleashed dog to play with the rag by dragging it on the ground in front of the dog.” Ref 1. There are a specific set of manoeuvrers measured in distance and time that each test uses to standardise results.

For instance, the sequence of play tests measure on three components connected to the rag test.

These tests have been well established and trialled with thousands of dogs and refined well before this dataset was created. This study however was the first to use all of that data to work out how to distil all of the results into five clear scales.

So yes, YOUR dog can be tested and scaled on these five Narrow dog “personality traits”. And as you can imagine, some owners will value certain behaviours more highly than others for their specific human lifestyle needs.

“Higher-order factor analyses showed that all factors except ‘‘Aggressiveness’’ were related to each other, creating a broad factor that influences behaviour in a range of situations. Both narrow and broad factors were found in a dataset including data from a large number of breeds, as well as within eight of Federation Cynologique Internationale’s (FCI’s) 10 breed groups. This indicates that the personality dimensions found in the study are general for the dog as a species.” Ref 1

“The broad factor (as opposed to the FIVE main NARROW personality factors above) is comparable to the shyness–boldness axis previously found in both humans and animals, and to human ‘‘super-traits’’ (a combination of Extraversion and Neuroticism).“ Ref 1

“The results of this study can be used to describe and compare individual dogs, as well as breeds. This, in turn, can be used in applications like selection of service dogs and breeding animals, as well as predicting behaviour problems in pet dogs.” Ref 1

As you can see, the results of this data analysis by these scientists can be a great predictor tool for matching an appropriate breed for an owner’s needs, as well as understanding what special needs a rescue dog might have (if you know the breeds, and even have a dog behaviourist administer some of these standard tests). It will also mean that a dog is likely to live its best life, with an appropriate owner if the matching is done correctly.

The only issue of course would be the expense of doing this extensive battery of tests for every dog!

You might think that this is a given. That dogs would be judged on similar scales as owners are tested. But I was surprised that NONE of the categories for humans and dogs are the same.

While dogs and humans share the BROAD personality trait “The shyness–boldness axis” we have very different NARROW personality categories we can be assessed on.  The Shyness-boldness’ broad trait “is a fundamental dimension in humans that can be defined as an individual’s general tendency to approach novel objects and willingness to take risks.” Ref 1

Perhaps a trait that some of us owners call ‘naughty’.  But interestingly dogs and humans also share this broad trait with octopus, fish, cats and primates.

For humans, there is today a consensus for the existence of five major human personality dimensions; the ‘‘Big Five’’ (Digman, 1990; Goldberg,1990; Costa and McCrae, 1992). 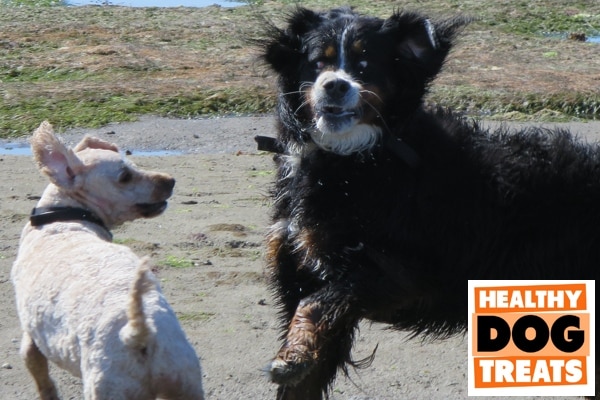 The original research paper goes into detail about the types of tests and specific results and statistical significance – beyond the scope of this blog. The tests have been refined over years and are designed to have very objective outcomes.

For the purpose of data analysis, the dogs that were included in the study were relegated to eight sample groups.  These were:

They found that the factors ‘‘Curiosity/Fearlessness’’, ‘‘Chase-proneness’’ and ‘‘Aggressiveness’’ from the original analysis are found in all eight dog groups with only small, if any, differences in variable loadings.

‘‘Aggressiveness’’ is in all breed groups less related to the broad dimension (shyness–boldness ) than the other four primary (NARROW) factors. “

You might be intrigued that dogs are even tested on “ghosts” !  BTW, ghosts are used in a test for “the dog’s reaction to two slowly approaching persons covered in white sheets. “ Ref1

Domestic or pet dogs can all be assessed on a MAIN Narrow personality traits found (‘‘Playfulness’’, ‘‘Curiosity/Fearlessness’’, ‘‘Chase-proneness’’, ‘‘Sociability’’ and ‘‘Aggressiveness’’) .

“The research showed that within breed groups that the factors are general for dogs, and not due to specific selection pressures in a few dog types. “

This means that virtually any dog breed or mixed breed can be tested and scaled on these kinds of tests to ascertain how it might react in a given situation. Very handy if you are after a guard dog, or a bomb sniffing dog, or even a dog that plays nicely with children!

One big take away from this study is that it was on a huge number of dogs across many breeds. And it was analysed using specific standardised actual physical tests – not on analysis of questionnaires given to owners – which is how many other studies like this had been performed.

The reliability of the results (statistical significance) and conclusions provide a breakthrough basis for further research, and even individual testing of dogs, post research paper.

This kind of research could be paramount in selecting a companion animal, to testing for a service dog or selection of suitable breeding dogs.

It’s amazing that we can actually compare all domestic dogs on a standardised scale of FIVE personality traits, traits that are very different to what the owners are assessed on!

We love our dogs no matter what, just like some family members … I hope this gives you some more insight into the wonderful magical world of dogs and perhaps how your dog might score on these five scales!

Blog
Previous reading
Australian Dog Treat Trends Report 2022 – and why it matters to you and your dog!
Next reading
US dog treat trends 2022, and what’s heading to Australia … now!