Why the best dog treats are starting to cost real money 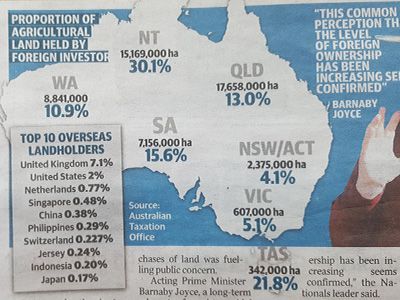 Everyone knows you get what you pay for, and never more so than with meat based dog treats.

But for a long time the price of meat as the main input ingredient has been stabilised because we mostly grew and fed Australians.

If you want to know why dog treats of any value are starting to cost more, then half the reason is in the image in this blog.  It is true that more of Australia is being owned by overseas companies and with that, they usually make the decision to sell it to their home crowd. Whether they sell it cheaper or dearer than in Australia is irrelevant.

What is relevant is supply and demand curves, meaning less supply locally, More price paid for meat by the dog treat manufactures (those that make meat treats like my suppliers).

But you see, even if they sell the treats for the same prices as they sell them for in Australia, because we are getting less supply locally, they can put up the price of the meat.

The OTHER main reason for meat treats price hikes

Kangaroo treats have been rare for a while because of heavy winter rains, but its more than that long term. the lack of shooters and labour involved in making each of the treats is much higher than farmed animals.

But farmed animal meat has also increased in price for a reason beyond overseas farm ownership. 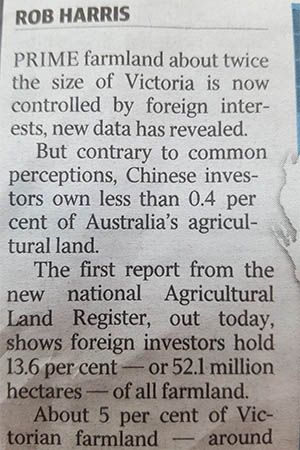 And that I am told is our abattoirs are now more often selling meat directly from the floor to overseas countries before it reaches the market. It can be frozen or basic butchering is performed here, but again product going overseas before it reaches our meat based dog treat makers. The higher competition at the source is causing more competition for whatever is left in Australia.

If you have noticed the price of steak and chicken going up in supermarkets and restaurants, then you can bet that prices for dog treat makers have also gone up. And the only way for them to stay in business to pass the price hikes onto dog treat retailers and customers.

While our land ownership and export restrictions are relatively poor in Australia, Australians are likely to continue paying higher prices for meats and vegetables grown in Australia.  This is the price of free trade agreements based on non level playing fields.

If you want meat based treats, now and in the future, you may find that you will end up paying more for a product that you know in your hearts is best for your dog nutrition, as well as enjoyment.

Previous reading
Buy Cheap Puppy Treats in Australia
Next reading
What are the best dog chews, and why