Why not feed dogs more meat, even people are eating road kill ! 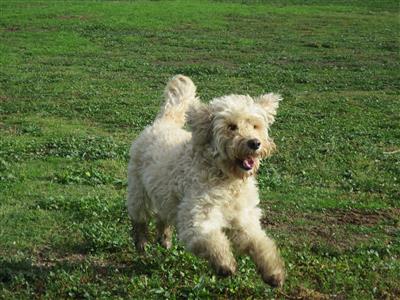 I find it absolutely amazing how brain washed dog food companies have the general public when it comes to believing that ONLY food made in a factory with hardly any meat is the safest option for a dog !

If you tell a lie for long enough it becomes a public fact.

There is a massive divide between proper raw feeders (mainly animal products) and the ‘sanitised’ world of dry grain dog food.

I have met many people and even pet sit clients who have bought the whole convenience and ‘optimum’ nutrition story from the large corporations.  They also typically leave open big sacks of the grain based food in extreme heat and sunlight.

I always advise my customers to keep dog treats in a pantry in the same safe conditions they store their own food.

The furtherest (in theory) dog food raw feeders on the spectrum are the road kill feeders.  Many of these people live in America and one search I did showed that in 2013 there was a UK article proudly declaring that Montana legalised cooking and eating roadkill (for human consumption). “Montana has become the first US state to allow drivers to cook and serve carrion picked up from road accidents under a ‘you kill it, you grill it’ law. “

Now I understand that the mid west loves personal freedoms, but if this was so risky for dogs to eat this kind of food, how could they allow humans to do it?  Road kill means the chance of bacteria, but also the absence of preservatives, artificial colours and artificial additive or any kind.

I do not advocate that people in Australia feed their dogs road kill willy nilly.  And I imagine that most Australian states (if not all)  have laws against it.  But it goes to show that not everyone is against meat being a major food for their dogs, and that if road-kill cooked by people is acceptable for people to eat, then more high quality meat based dog treats in a dogs diet, should surely be considered safe.

The other meat based dog treat myths

A few people with dogs with sensitive stomachs will also visit our site and ask about suitability of meat for their dog, like they are trying some extreme cuisines as opposed to the most natural food on earth for their dog.

If your dog is used to eating pellets made of grain and veggie matter, it will have to adjust to raw meat or meat based dog treats. You can start slowly, but the rewards of feeding a dog MEAT in any almost pure, or 100% form are well worth it.  They call this species appropriate and dogs always require meat.

If you dont want to be a raw feeder, and you want more meat in a dogs diet, then meat based healthy dog treats are the ideal solution for optimum (REAL) nutrition.