HEALTHY DOG TREATSBlogBlogWhat your dog eats when you are not looking – dog treats ?

What your dog eats when you are not looking – dog treats ? 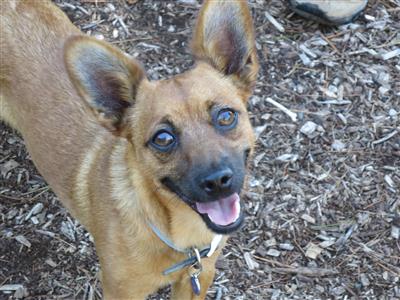 Assuming a dog knows what’s best for its health can be dangerous.

Dogs are not a lot different from humans and many other animals when it comes to eating things like salt and sugar. And this means that if you add oil, sugar and salt to a block of wood a dog will usually lick it, some will eat it.

While these are some of the most natural “additives” they are often used by dog food manufacturers to fool dogs into eating grains as a food source, with a little meat to reach the bare minimum protein requirements.

What about dogs eating grass?

A quick scan of the web will show you that the jury is still very out on this one.  And that is not because people are wrong, but because there are many varied reasons for that dogs eat grass.  Because they are sick, for the feeling in their stomach, for nutrition (omega 3) are but a few reasons.

However dogs rarely eat grass or any vegetable matter for nutrition.  They can learn to eat things because their owner feeds them vegetables, and they can like the sugar in fruits and carrots but they are of little use to dogs except for vitamins (which they are already getting in the kibble).

About dogs eating poo and Pica

This is a behavioural problem that dog behaviourist try and ‘cure’ because it is not natural and the bacteria can make the dog sick.  Owners tend not to like it either.

Pica is an extreme behavioural issue where dogs can obsessively eat non organic material often because of a mental issue that needs to be overcome.

This last category is one of the most natural but controversial things dogs do.

‘Natural’ because in the wild if a wolf or domestic dog is going to stay in an area, and it has too much food to leave in the open it will bury it for later.  If you feed your dog a big bone or too much of a treat it may also try and bury it in the garden.  Again not all owners are happy with them bringing the rotten food in a week or so later.

Vermin carcasses of possums and rabbits are a big natural treat in the dog park.  The stinkier the more it is prized. Dogs have exceptional smell so not only does rotting carcasses impress many breeds, but it means that the bone is likely to be able to be cracked open and the prized marrow consumed.

Roadkill is the furtherest thing from most people’s minds but there is a growing band of owners in America and other countries that try to almost exclusively feed their dogs whole dead animals and road kill. The ‘waste not want not’ philosophy, and natural bent has this select group value free whole animals for their dogs.

The over arching main issue about any of these rotted raw meats is the concern owners have about bacterial poisoning of their dogs. Wild Dogs have high acid content in their stomach and a digestion system to quickly expel toxins. But domestic dogs that have not been exposed to a great deal of this kind of food can get quite sick from eating dead rotten animals. Not every dog, but that is the concern.

In fact their dog food manufacturers happily spread misinformation that any human grade raw dog meat will also kill.  They say that you need to freeze it for weeks – then cook it for your dog. This is intended to scare owners into only eating sanitised grain based dog food.  Their dogs health suffers from eating dumbed down food.

While some sites advise that pork and offal must be frozen for a long period and always cooked, if it is human grade, it should never have worms or anything else that would harm. There is no raw meat food that any dog shouldn’t be able to consume happily.  But of course its up to the owner.

The point is that wild dogs can eat almost anything with little consequence once building up an immunity and many domestic dog owners are well over cautious when it comes to human grade raw meat.

IF you are one of the many people who only feed grain dog food, with the occasional dog treat (grain based), and you don’t want your dog getting its meat protein nutrition from carcasses, then please consider meat based dog treats as the very healthy alternative supplement.