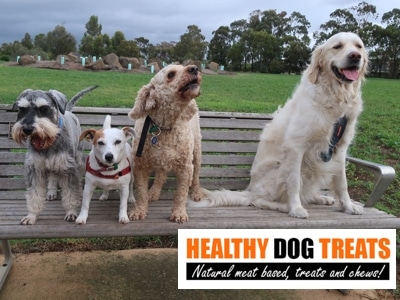 They global pet expo 2020 is said to have FOUR main Trends in dog food (and dog treats).  These are based around:

4 Hemp and CBD in dog food

However only one of those has any bearing on true healthy dog treats nutrition, and the kind of treats that we sell.

We will review the blog that petfoodindustry wrote on the Global Dog Food / treats expo in feb 2020, and what these trends mean to what your dog might soon be eating or experiencing.

They say that “Consumers are increasingly motivated to be more environmentally conscious” and that of course is true in Australia.  They then talk about increasing sustainability initiatives in pet food companies from recycling to the choice of ingredients.

This is where we differ greatly.  Rather than sugar coat, or do artificial changes to our product line, we continue to expand our range of 100% meat and single ingredient treats.

We appreciate package recycling as much as the next responsible company.  That is why we reuse boxes where possible, and have been using biodegradable bubble wrap since it became available for our customers last year. Unfortunately, there aren’t any highly biodegradable strong snap lock treat bags that will keep the product fresh as consumers demand yet, but I am sure that will come.

The danger with ‘environmentally friendly’ tags when massive pet food companies are involved, is that they see this as an opportunity to reduce the essential meat component in their already very low meat proportion in dog food, and try and entice you to make your dog go vegan. This is the polar opposite of what healthy dog food should be. They save a LOT of money by leveraging this human trend, and often sell their new product to you at a higher price than their old product, even though it is LESS healthy!

Dogs never were vegans nor even close to true omnivores.  They can tolerate a little vegetable matter, and that is why dog food companies who can make a greater profit have stretched this tolerance to the extreme by putting the minimum amount of meat in it to reach the affco very low 18% protein requirement.

The big companies have been toying with pushing livestock highly processed, and even waste products into dog food to meet the minimum protein requirements, but MEAT protein is typically the higher level of biodegradability and TRUE original food that your dog does best on.

In fact all of the terms like NATURAL, Evolutionary,  RAW and wild can ONLY truly be used for Animal and MEAT based dog food and dog treats –  anything else is truly FAKE news.

They will push the “environmental tag” as much as they can to sell you the highest profit margin dog food, but it just isn’t the best thing for your dog. Avoid low meat content dog food and dog treats at all cost. 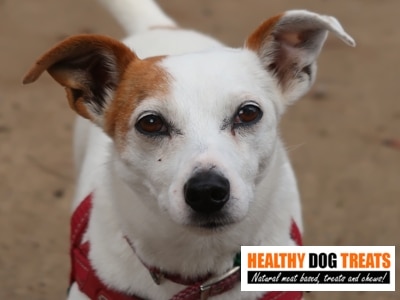 The petfoodindustry blog is saying that “RAW dog food” is seeing double digit growth in America, and that should be a great thing for people who believe in feeding their dogs a raw diet right?

However, the true RAW dog food diet has also been high-jacked by big dog food companies .

Now they are convincing people that raw means just as much plant matter as their cheap dog food kibble. RAW to them, now means two thirds vegetable matter that is no better than regular commercial dog food.

They are saying that the reason raw feeders give their dogs RAW food is that they “ claim to see positive benefits of a raw diet for their animals with healthier skin, coats and teeth”

If you pump enough of any oil into a dog, it will make their skin and coat glow – but it will also add extra KJ and weight to them if not the correct oil (Omega 3). Raw only benefits TEETH, when its Hard animal products like bones and jerkies, NOT compressed veggie matter “dental sticks”.

True raw diets use animal muscle meat, offal and bones in the right proportions, Not just another excuse to feed your dog cheap plant matter.

IN fact, early information from the States is that quite a few of the raw brands are experiencing high recall rates after their products have caused sickness in dogs. That is because their version of raw is processing meat and vegetables and placing them in packets without appropriate storage or preservatives –  this is often the reason using DRIED meat treats can be safer than Any commercial dog food claiming to be RAW origin,

The report says that “raw pet food is finding a devoted — and growing — consumer base among those pet owners who were making or would like to make their pets’ food themselves as well as those who feel they’ve tried everything else or don’t go in for “processed” feeding options.”

But as we have cautioned earlier on a blog on our site.  DIY dog food isn’t always good for your dog.    Particularly when you use as much vegetable matter as a commercial dog food. Or you make your own dog biscuits, which either ads useless calories to a dogs diet, and reduces the proportion of nutrition they can get from the animal/ meat part of their diet.

If you want your dog to be healthier, and don’t want to jump into the other suspect commercial raw diets. Then consider adding DRIED meat via our treats to your dog food. They last longer and provide the same kind of meat protein, without the mess. They are also much better at cleaning teeth.

We were very puzzled at this term popping up in the context of a dog food article. We know that ancient grains have been trendy for a long time with human niche diets, but had no idea why they would be now being used by the big dog food companies – besides latching onto the latest trend – healthy or not.

Then we found that US citizens in 2019 and 2020 have been misinformed that standard grains that they find in dog food might be contributing to a dog disease called “Canine Dilated Cardiomyopathy (DCM)”.  Digging a little further, we found that there apparently is a small or no link between grains used in dog food and DCM.  But that some dog breeds are generally more susceptible by genetics to DCM than others.

Doberman Pinscher, the Great Dane, the Boxer, and the Cocker Spaniel are said to be at most risk of DCM – but again, this heart issue is not to do with grains.

So while Grain free dog food has been a huge trend in dog food in Australia for years, what we have found is that dog food companies have picked up on people’s concerns about feeding grain to their dog as the major food component (the majority of commercial dog food in Australia), and instead sell Grain free dog food at a premium price, that just substitutes on plant matter (grain) for another (sweet potato or similar).

By doing this, they keep their profit margins, don’t have to add any meat, and your dog doesn’t really get any better nutrition (that meat would provide).

Whether its ancient grains, regular grains, or other plant matter, they are ALL CARBS  (sugars).

Dogs did not evolve to eat sugar and don’t thrive on sugar.  That is why sell meat dog treats. To assist you in making healthier choices for your dog ! 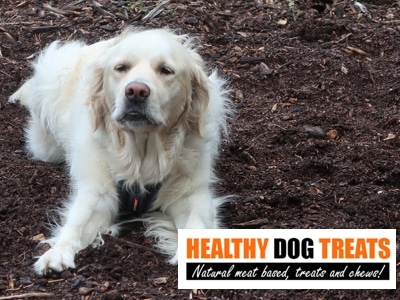 I have written several blogs about this topic already .. so lets look at the other articles main points and my concerns.  First hear is one of my recent articles on CBD Oil as used for dogs

The petfoodindustry blog is saying that there is “some still-nebulous acceptability “  to the use of CBD oils for dogs, and for very good reasons!

We acknowledge that CBD oil has been showing some great promise in the human illness market, but that serious accountable studies on the effects on dogs (including efficacy, doses and side effects) are very lacking.

The issue that CBD oil faces in the dog world is similar to hyperbole claims in the human world. Some say that it cures many cancers and can be used to relieve a very wide-ranging set of illnesses.  The truth is that even in the human sphere there has been limited objective testing and peer reviewed papers.

When it comes to dogs, CBD oil should be used sparingly and under supervision mostly as a pain reliever and maybe for epilepsy and severe anxiety. You also need to know the purity of the oil and if it includes any unwanted THC etc.

So rather than thorough testing, it appears that both dog food and dog treat companies are riding the high trend to sell more product based on vacuous claims. Not the first or last time.

They are also providing foods and treats with such low doses of CBD oil, that in most cases any possible positive effects would be negligible.

The main fear, besides over use, or doses so small in dog food that owners are forgoing real prescribed medicine, is that some owners might read blogs about reducing anxiety and super dose their dogs, when instead they should be exercising and socialising their dogs.  Drugging your dog into submission, does not cure separation anxiety or aggression, it just masks it, with unknown side effects.

As per usual, the one dog food or dog treat trend that would make a real positive difference in the dog world, more quality meat, is conspicuously absent in global dog food and dog treat trends.

It is not because people don’t know that meat is what their dogs need, its just that the major brands would rather make profit than provide that meat.

Meat cost companies more money than grains or veggies. It is much easier to stuff ‘ancient grains’ or any human vegan diet trend onto the carnivore dog, than do anything to bring the dog back closer to their original carnivore diet.

There are few if in fact NO negative effects to an all meat diet, but MANY possible negative effects to a plant-based diets. Effects that only become particularly relevant as dogs age. Though you won’t find any studies sponsored by dog food companies on this, for obvious reasons.

Unless you are a share holder of the big companies experimenting with your dog’s health, for the sake of the all mighty dollar, you should consider which food (meat) has always been safe and beneficial for your dog, in either their main food, or their dog treats.

Few trends to do with substituting real food that a dog needs, with something hip that dog food makers can charge more money for, are ever healthier for your dog. Dog FOOD Trends are a short term fad, until people catch onto the con and revert back to what they always have bought.  Perhaps its better to change for the better, to actual healthy dog treats?

Blog
Comments for this post are closed.
Previous reading
Can dogs eat pork? May I recommend a pig’s ear?
Next reading
How to tell how much meat is in your treat.