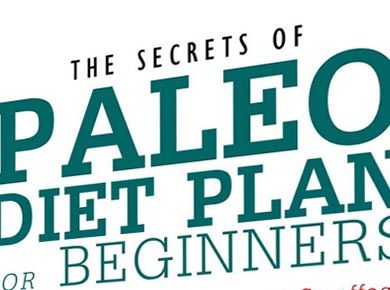 The paleo diet has become the catchphrase for trendy diets in 2015 FOR HUMANS.  Unlike many diet fads have come before it, this one seems to show some merit. And after I look at what the paleo goals and methods are for us, I will have a look at what you and I are feeding our dogs and why.

The paleo diet is said to be a diet based on the types of foods that were most likely eaten by early humans, consisting chiefly of meat, fish, vegetables, and fruit.  THEY EXCLUDE dairy, cereal products, processed foods and often caffeine.

This diet can be considered extreme and difficult for many modern people to get their head around so what are the aims? Robb Wolf says,  “The Paleo diet is the healthiest way you can eat because it is the ONLY nutritional approach that works with your genetics to help you stay lean, strong and energetic! Research in biology, biochemistry, Ophthalmology, Dermatology.

( It purposely excludes ) refined foods, trans fats and sugar, that is at the root of degenerative diseases such as obesity, cancer, diabetes, heart disease, Parkinson’s, Alzheimer’s, depression and infertility.”

Except for the manufacturers of “refined foods, trans fats and sugar” there is plenty of science paper evidence that these products are bad for most of us in the mid to long term.  They are things that are cheap and make food taste ‘nice’ or at least help with cheap addictions of fast food, but they are known for at least the last 10 years to be things we should limit or wipe from our diets.

The most controversial claims will  be that of removing dairy and grains from our diet. Why would we want to do that and what value is in it for us?  Well a brief search of the web will tell you that most humans have an allergic reaction to dairy products because of lactose sugar. We are not cows, so it is not a natural ingredients to be digesting. But we have been advertised to consume more dairy for decades, so it becomes natural to us.

Why grain exclusion? Here is the biggest hurdle, for grain is in everything from pasta, to bread, to yummy cakes and breakfast cereals. What about the super foods such as the ancient grains? Well it turns out that humans are believed to have been around in similar form as today, about 100 thousand years ago, or at least our current humanoid version.

While in many societies males did the big game animal hunting (meat) women did gather fruits and vegetables. It wasn’t until about 9000 BC that wheat and barley started being grown by ‘farmers’ then potatoes in south America in 8000 BC etc

So it wasn’t until about 11,000 years ago that humans started regularly consuming grains in any quantity, and they were probably fairly limited to what would grow in their area. Limited by the fertiliser, pesticide, mechanical machines they had. The point is, that humans had eaten fruits and vegetables they gathered from the wild, and our human ancestors have been omnivores for quite a while going back at least 30,000 to 50,000 years in any major value.  The problem with gathering fruits and vegetables for many humans was that bad weather could wipe out whole natural forms and if they caught animals they were assured of good energy and protein from the meat.

The paelo assumption is that while human digestive systems have adapted to eating fruit and vegetables over tens of thousands of years, from what might have been mainly a meat based diet – it has not adapted enough to eat the massive load of grains and dairy that we eat now – that has mainly been pushed on us by producers and marketers selling product – not necessarily because it is good for us.

The paelo diet is very much in keeping with what I have been saying about why we recommend meat based dog treats for domestic dogs.

While current human form has been around for up to 100,000 years, its ancestors also ate some local fruit and vegetables. BUT the mass of grain and dairy in the modern person diet is thought to overly tax the human system too much, causing digestive problems and many serious medical conditions according to the above claims. Did you know that celiacs are thought to make up 2% of humans at the moment?

Domestic dogs have only been around 20,000 years, and their wolf ancestors were 95% carnivore. They would scavenge for food in lean times and eat things like berries to sustain them, but they did not dig up vegetables or eat ANY GRAIN, or dairy. They lived to chase and capture animals to eat meat. That was their goal.

Unlike human systems that are geared to be omnivores (low stomach acid, amylase in mouth and stomach, long intestinal tract etc) DOG’S digestive systems are still that of the wolf (the system is set up to quickly digest meat and extract nutrients from meat).  Dogs would have gotten food scraps over the last 10,000 years that would have included some grain, but nothing like the ridiculous level of grains in modern dog food (up to 70-80%) .   Their digestive system simply has NOT evolved to process non meat products in any substantial size.

So if the paleo diet doesn’t trust grains and dairy for humans (who are omnivores) surely the average person would realise that grains are not suitable for dogs either?

Who stands to profit from a dog grain based diet?

The top few dog food manufactures globally are Mars (2008 sales = $14 billion) with brands such as (Pedigree, Cesar, Goodlife Recipe, Nutro, Whiskas, Royal Canin),  Nestle SA had 2008 sales of $14 Billion too (Purina, Purina One, Alpo, Beneful, Busy Bone, Chew-rific, Deli-Cat, Dog Chow, Fancy Feast, Friskies etc). Any idea how big their advertising budgets are and how big their distribution network is. Any large corporation that produces food products tries to lower its costs and with meat being at least TEN times the cost of most grains, the reason you are feeding your dog a grain diet has nothing to do with it being the best thing for them. Its all about the money.

The only thing that a paleo diet for dogs would do differently is that it would ban fruits and vegetables too (also things that carnivores don’t eat).  Did you know that if you buy dog food that is “grain free” you are just substituting grain for vegetables (usually potato) so you are still forcing your dog to be an omnivore?

If you in anyway get why reducing bad fats, refined sugars and refined foods in your own diet might be of value to your health, and the reason behind the paleo also suggesting grains and dairy mightn’t be ideal for modern day humans … then perhaps you can see why grains would be even worse for a carnivore dog ?

If you feed your dog on a commercial dog food diet, they are getting up to 80% grain, please consider feeding your dog some raw meat, or meat based dog treats as part of their regular diet, to address the possible health damage that is done by the inclusion of a massive volume of grains in a  carnivores diet.  PS you won’t externally see any damage to your dog, often until a dog is old. Then it is the internal damage that is most life threatening, expensive and too late to reverse.

Blog
Comments for this post are closed.
Previous reading
If insects are being grown and fed to all types of herbivore animals, why not feed meat to dogs?
Next reading
Healthy dog treats are meat based not carrot, beans or apricots. you own a dog!