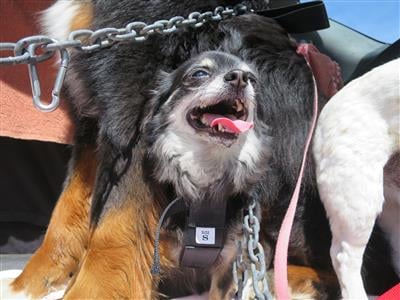 Just like the “innovations” of the luxury car makers like Mercedes Benz and BMW have shown, technology eventually filters down to the masses. And so it is with some interest and feigned alarm that I report that even America is starting to wake up to the fact that dogs need meat in their diet.

Why the ‘eat like your owner’ US dog food strategies are nutritionally bankrupt.

While The new US dog food surge in Premium pet food is heartening, it is of course not any more nutritionally sound that regular dog food.

The US Premium dog food market has now reached $10 billion USD in America nearly half of the total market of $23 B USD.

But here is the problem. One of the biggest new advocates of the new ‘healthy range’ of dog food is Freshpet. Their range needs to be refrigerated as it has no preservatives. The range has products called Chunky Chicken and Turkey recipe but of course, if you have read this blog before, NO US or Australian law requires any dog food maker to put the percentage of meat or any other specific ingredient on their labels.

The reason for the new fresh pet range is apparently it taps into the human Paleo version of dog diets. That is “feed your dog what its wolf ancestors ate in the wild.”

So far, so good, as this is what I have been expounding for five years now on this site.  The wolf is a primary carnivore that accidently gets some veggies (5% or less) into its stomach.

The primary ingredients of this range are: ‘chicken or beef, kale, spinach and sweet potato’. They brag about being Grain free to better “mimic the ancestral eating habits of dogs”.

In fact this seems to be what all the smaller niche brands are doing and even some of the majors are trying to get in on the action, but of cause its all false advertising. And here is why even the best premium dog food range isnt much better for your dog.

1              Wolves hunted live animals and ate stomach contents that if the animal was herbivore would contain some plant matter. This was accidental ingestion of plant food. It was never a primary source.

2              Never in the history of wolves have any of their species specifically sought to eat kale, spinach and sweet potato.

4              Grain free?  Grain is vegetable matter. Whole grain will have better non soluble fibre for a dogs intestinal health, but so can beets and many other vegetable matter, or animal matter like, beaks, hooves, fur or hair. Grain free is not any better for a dog if it is substituted for by vegetables

The reason for paleo dog diet for dogs?

Its a catchy human food trend that people think is healthier and manufacturers can charge more money for without it costing them proportionately any more than their ordinary grain ingredients.

Paleo refers to a specific time on earth before dogs had evolved, but it should mean eating naturally what they actually ate in the wild. In other words meat and meat based products.

NONE of these brands will put anywhere near 50% quality meat into their products as they could not get the totla number of customers to make their volumes worthwhile.

The dog food manufacturers in the premium segment of the market are trying to make you think they are going paleo, or evolutionary, or ancestral, but it is simply not true.

The wolf was a major carnivore, as is the domestic dog. the dogs stomach and intestines, all of the chemicals associated with eating have not substantially change to being an omnivore or herbivore.

The reason why meat is used for carnivores is that the protein (and its amino acids) are bio available. They are also usually in higher quantities than their equivalents in grain or otherwise.

It is heartening that they think that going preservative free is the way, but this is just a trick of marketing – a point of differentiation so that you can believe the word FRESH. but what point is fresh when it is the wrong ingredients.

Most of your blackdog range of dog treats have potassium sorbate as the preservative. This means that the 80% meat range can last up to a year. It is a human grade preservative. People don’t like having to feed their treats to their dogs within a few days and keep it in the fridge.

Our jerky range is preservative free. Properly dried 100% meat products don’t need preservatives to keep healthy, nor do they require refrigeration. Storing them in a pantry in dark, dry, moderate temperature conditions are best.

Because even the premium dog food brands, the latest trends, the most expensive dog food on the market still isn’t 50% meat, that means that it is still 30-40% less than our regular range and 50% or higher, less than our Jerkies. Meat is the key for domestic dogs, dont be fooled by fancy advertising.

Previous reading
Why shark cartilage or yogurt drops are the perfect valentine gift for your dog!
Next reading
A little story about gourmet dog treats and what competitors hide from you