This Article shows the annual spend on dog food, dog treats and cat foods in Australia 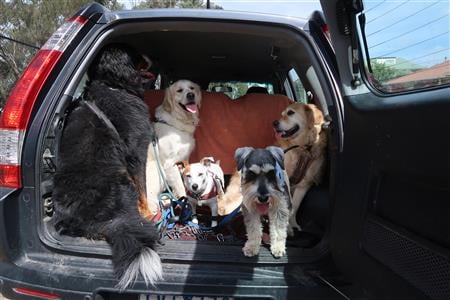 With the massive commercialisation of data, it seems that nobody wants the average person to know what’s going on. If you own a dog you will know the general costs that you incur each year, but I personally found it surprisingly hard to find actual costs on such simple things as annual cost of:

And then when I found snippets of information, and values that varied considerably.

What we know is that dog ownership is decreasing, the dog food market is getting more competitive with more ‘premium’ options around, and the dog treat sector and dog ancillary services are increasing in sales well above many industry averages.

That is the fewer dogs we have, are getting treated better each year. A great thing ! But are people getting what they pay for?

So here is the ‘raw data’ that I used to based our interactive map on.

The highest cost estimate was an online dog products store. Yet the lowest cost was a dog food manufacturer (ivory coast).  Curiously the rspca nsw estimate ($800 minus the cost of dog bowls) was closest to the average of all the companies estimates.

The note on Dog food is that these values were all obtained by estimates on relatively small samples. As 97% of the dog owner population buys commercial dog food (wet or dry) the costs are most likely associated with just the purchase price of the can or bag of grain based dog food. Dog sizes vary greatly as does the cost of low end dog food and the premium part of the market (which can often have just about the same amount of meat.

The value estimates of Dog Treats was a much more difficult proposition. Some commercial report companies sell reports on online total dog sales, sometimes they divide it down into dog food and dog treats, but they might pull the data from large chain store sales data or somehow estimates of online private company sales.  We believe that with an average of six companies estimates who all believe that they had their values correct, that we are just as likely to be very close to the total dog food cost estimate.

We know from our own clients that many of them see such value in our products that they buy well more than the average annual values cited in our report in one purchase.  But we know our customers are special and truly understand the unique value of quality meat based treats. And that a large percentage of dog owner would never consider buying any dog treats, perhaps because they rightly detect that many supermarket dog treats are of low nutritional value?

But given the relatively low average cost of dog food annual expenditure of around $800 aud, and the relatively high cost of so many of the other ancillary dog services and products like dog grooming, dog beds etc, it is easy to understand that dog treats (mostly supermarket bought) are going to be of a grain based bargain basement proposition.

Packagedfacts gives the US  pet food market value $30B  and pet treats at $6B, which is approximately 20%, petfoodindustry says that in 2014 treats made up 16% of US pet food spending. So the 17% value we are using in Australia is likely to be in the proximity of the real world value.

The curious postulate that they make is that they consider that the cost of dog treats (all meat, offal and grain treats) is the same total cost as what owners spend on dog bones (relatively cheap) and dental sticks?!  As bones can be bought at butchers or most supermarkets now, and artificial dentals sticks are promoted greatly via magazines, online and at vets, I guess I can see how bones and dental sticks could be such a high usage.

However we suggest that if these figures are correct, then many people may not have yet figured out that you can get long lasting 100% meat based chews now that provide a lot more nutritional value for their dogs than bones or artificial ‘dental sticks’ combined.

We found more companies willing to provide dog food cost estimates than we did cat food estimates. And we were unable to find any real data on cat treats.

While cats are typically much smaller than the average dog. Cats are more universally accepted as obligate carnivores so pet food manufacturers cant as easily get away with feeding cats such low amounts of meat as they willingly feed dogs. This is why it is likely that the cat food bill per annum is likely to average out at about half the cost of the average dog food bill. Smaller animal, but more meat in its meals.

The reason why cat treat data was so scant is that its possible that cat owners are more likely to buy toys, bedding, scratching post, and even ultra premium cat food instead of specific cat treat products.

You should be aware that while most dog’s sense of smell is exceptionally keen and much greater than humans or any of the dog’s other senses, their taste is not always as selective. Nor is a dog’s discrimination of food based on texture of colour or many other factors that human’s use.  Cats however, while many of them do love prey (when allowed outside), or carrion, seem to have a much narrower definition of what acceptable food is. Size of treat pieces, texture and taste seem to matter much more to the average cat, making them a much more fastidious eater.

An Australian choice report says that the ” pet treats market is booming. Supermarket sales alone were worth over $200 million for dog treats in 2014, up more than 8% on 2013 expenditure, and cat treats almost $4 million (up $19%).”  This would put the supermarket sales for dog treats less than 50% of total dog treat sales  but also gives us a data point of typical cat treat to dog treat ratio of only 2%. If we allow for the extremely high growth rate and cat owners being more careful for their cats (buying more from vets and specialist online stores) then a generous value of 5% (cat treat value of the dog treat market) is used.

This is possibly why the cat treat market might be much smaller (percentage and absolute terms) than the dog treat market.  Another useful note is that as cats are obligate carnivores, they require 100% met in their diet, and not all cat food is 100% meat.

Our Healthy dog treats however stock a large range of 100% meats and offal that when shredded down (for easier consumption of domestic indoor cats) can provide a great positive impact on cat nutrition and health.

As detailed dog food and dog treat expenditures are often years apart it means that total dog and cat populations can vary considerably.  However Percentage of household ownership of dogs and cats per state seems to be a staple statistic (reported regularly).

Thus to get up to the moment 2018 estimates on dog food and treat values we used dog ownership statistics and the latest human population values to estimate the latest dog and cat populations per state.

The pet food industry (all companion animals) in Australia in 2018 has an estimate of over $12 billion dollars.  That puts into perspective the dog food component 3.7 Billion and the cat food amount of 1.5 Billion.

The dog treat industry is relatively minor at only $640 Million per year.  the most curious thing about this is that with dog food being mostly grain based. There is a genuine health need for dogs to gain more meat in their diet, and healthy meat based dog treats are an ideal way of doing that

The other curious fact is that since the dog food product has a much higher percentage of money spent on advertising, and a much lower percentage of the product containing meat than straight meat based treats … The money spent on dog food seems highly inequitable.  Besides an education campaign to enable people to realise the value for money real meat based treats provide to a dogs mostly grain based diet, there is little to do.

The only thing that we are hoping to see is that with the increase in expenditure on dogs, that some of it is channelled into genuine nutrition quality meat treats, rather than non food accessories and other non essential products.  it would be extremely optimistic to think that along with this natural progression in rise in expenditure on treats that the major dog food companies pet treat lines, mostly filled with grain or raw hide or cheap pork products wont dominate the share of wallet, but convenience often wins over rational discourse in this time poor world.