HEALTHY DOG TREATSBlogBlogbest food for dogs, may not be grain based food

best food for dogs, may not be grain based food 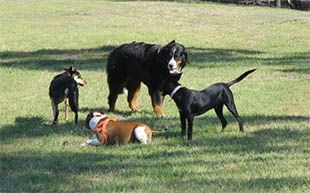 So if you didn’t know that shops existed, just that animals and plants were food for some animals. What would you guess that a dog would eat?

Time and time again I get asked the same questions by all types of people.

Feeding a dog off the plate or from the table – Sure you can do it, and a dog will respond to you as their master, trusting that what you give them is good for them. the same reason that they go to the vets to get neutered by your option. Except in the de-sexing case, it can have a positive medical outcome (reduce cancers) where as feeding grain over and over may have the opposite affects.

Your dog will eat what you give it in most cases if it is hungry enough, and it will grow to like the things you give, especially if they have plenty of sugar in them (like all animals on earth) but they don’t need or want carbohydrate sugars, they can get energy from meat proteins and fats.

best food for dogs – Why are not tests done

For the same reason that many people think that mobile phones might be bad for  There is too much money involved in the mobile phone market to stop its production and too many people use mobile phones, PLUS it is very hard to prove that they cause cancer. but most people have a secret feeling that they might.

What is the long term affect of feeding grain to a dog? Who would do the testing? The companies that sell you the cheap grains? Some toothless government authority that can’t do anything about it?

best food for dogs  – What would you test for?

You would need to test for increased incidences of cancer and other medical conditions that occur, mostly as dogs get older, but what would the test group compose of?

Some breeds of dogs seem to get certain malformations than other breeds, how would you rule that out as caused by food?

In the human world very difficult tests are sometimes based on how different twins react to a given situation or stimuli or food, how could you easily do that with dogs?

I’d like to say that it was easy to prove that dogs are carnivores and not omnivores or herbivores but there is just too much money invested in keeping the truth from you, in getting you and 97% of the other dog owners just buying grains.

NOT best dog food – The cumulative effect of grains

You can make a piece of wood attractive to a dog by giving it the right texture, baking it just right and covering it in delicious oil, pretty much the same they do to wheat and other grains.

A dog in the wild has never been seen chewing its way through a wheat field or digging up potatoes or carrots. If you feed a carrot to a dog (the owner being the alpha dog assuring the lower members of the pack it is ok), then yes they can learn to eat these things.

There just isn’t an abundance of these things in the wild to entice a dog into eating them, and dogs hunt their food they only scavenge when they have to, and they prefer scavenging for meat not vegetables.

Yes you can keep a dog alive on a bag of grain, a  minimum of meat based protein and a sack of vitamins and minerals, but it isn’t going to have the best food for its needs or live as long or as happy as it could if it was given real food (meat).

The cumulative effect is likely decreased life and increased incidence of disease. However as almost all dogs are fed grains, the length of time that they live, and the quality of their life is considered ‘normal’. You will never know how much better a meat diet or meat based dog treats are, until you are on them. A glossy coat can be given to any dog by adding enough oil into a diet it is not a sign of organ or tissue health.