HEALTHY DOG TREATSBlogBlogWhat dog treat chew matches your dog? Why not make sure its healthy?

What dog treat chew matches your dog? Why not make sure its healthy? 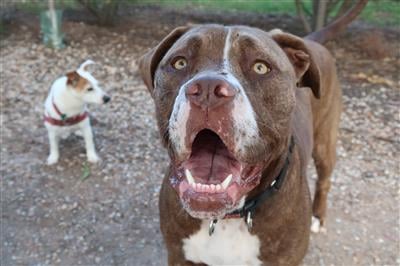 We regularly get asked to give advice on what the best chewing dog treat is for a given dog of given breed and age.

There are several reasons why dog treats are just as vital as the dog food your dog eats, and if properly chosen, can be even more nutritious than the dog food, you can get in Australia.

If a dog has pancreatitis or is obese,  we have a LOW FAT dog treat category.

If you just want to know what to feed healthy small dogs, MEDIUM sized dogs or  LARGE chewing dogs, we have created special categories on our site simply to assist you in that choice (see below):

One thing we should point out is the ‘push back’ from the dog food industry lately trying to convince people that the dog food they are buying is all that they need. in 98% of the cases, they dont have anywhere near enough sufficient meat, let alone quality meat.

For instance, lately we are seeing tv ads with such terms as

These dog foods typically substitute sweet potato for grains in the dog food. And that is simply one carb for another carb.  Its not about the GI factor, the issue is that any carb in food is taking the place of animal proteins that your carnivore dog processes a lot easier and faster.

When fed meat or offal (in appropriate amounts) your dog gets the full extraction of nutrient, not half the essential amino acids.  Even on paper, the protein (essential amino acids) in vegetables is typically a LOT LESS than any meat (even simple beef or chicken). And that assumes that the beef or chicken is QUALITY meat that they are including in regular pellet dog foods, which is rarely the case.

Why the DOG FOOD advertised terms are not what they seem

These are the real reasons why dog food terms are misleading:

Original food – should mean 100% animal product ONLY (meat, offal and bones).  These are the original food that wolves and domestic dogs (the direct descendants) hunt and eat in the wild. There is ONLY ONE ORIGINAL DOG FOOD, and that is ANIMALS.

Grain free –  True, grain isn’t ideal for dogs. It is cheap and easy for suppliers to source. Same as any vegetable (carb) substitute. They take the place of meat that your dog should be eating.  Mostly what they do is take up ENERGY (Kj) in your dog’s diet, meaning that to feed your dog MEAT based dog treats, you need to reduce your kibble or wet food by a similar gram amount (dry weight). Grain provides some fibre which is important, but that is only around 4% of the total.

Grain mostly is there to pad out the bag, and give the mass of vitamins and minerals they add to the dog food (because grain is so insufficient) something to soak them up.

Nutrient Dense –  Is a lovely purposely confusing science term.  For instance dolomite rocks have calcium carbonate in them, so dolomite is nutrient dense of calcium. Rocks can be crushed and included in dog food to supply calcium, however like vegetables it is NOT a bio available source for your dog.  The true source of calcium is things like animal bones and shark cartilage. Nutrient dense just means that it has ‘some type’ of nutrients in it. Not necessarily the correct ones, or in the right formulation for a living carnivore dog. 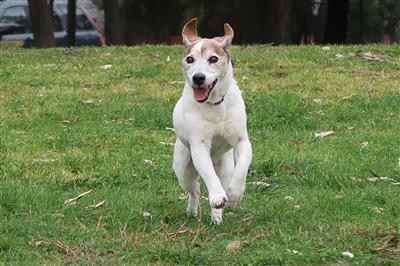 We have written many articles in the NUTRITION tab of our site, that quote science papers on this fact.  Though it should be obvious that an animal designed to catch, kill and eat its own food, should be feed animals only by their owners,  Commercial interests throughout the years have used saturated advertising to convince us otherwise.

Yes you can buy highly processed colour additives GREEN veggie ‘teeth cleaning’ sticks OR rubber toys for your dogs.  But as they would never have these in the wild, because they don’t serve any nutritional function, or NATURAL TEETH CLEANING function, why would you bother?

Raw feeders, and even commercial dog food feeders who feed their dogs Meat based dog chews like Kangaroo and beef jerkies find that they don’t need to go to the vets to have their dog’s teeth expensively and painfully cleaned.  That is because these dogs are naturally cleaning their teeth while eating a 100% species appropriate food (and meat based dog treats).

Compressed vegetable pellet dog food, or wet dog food (with TVP’s), sticks to your dog’s teeth, like when humans eat candy and lollies. That carbs (sugars) in the grains or sweet potato then cling to the teeth and corrode the teeth enamel.  If a dog eats only raw dog food or meat based dog treats, they don’t have these carbs rotting their teeth.

Any of the articles that I write should be simply entitled COMMON KNOWLEDGE or COMMON SENSE .. but sadly, raw dollar spending of dog food companies throughout the years have had us forget the basics.

Because vets sell packaged food, and butchers sell meat, but most people trust what their vets sell, we understand that most people are not going to change their dog food choices.  I am so ‘crazy’  that I even think that humans (omnivores) should also eat some meat, rather than becoming vegetarians or vegans.  The huge difference is that as a human, you have control over what you eat, your dog however eats what you feed them, they have little to no choice.

A dog eating meat should not be an ethical issue. For me its only a nutritional issue. I feed my dog meat, offal and bones, night and day, because I know it is the most natural, healthy obvious diet they NEED.  For me its not a choice, its not a question of ethics or morals. Its giving him, what I am depriving him, by keeping him as a ‘pet’ in my ‘human house’.

My dog has already made so many compromises to be with me, that is why I centre my life around giving him the most natural existence and diet that I can. A tiny little payback for his company.

its ironic that a person standing up for the 3% of non commercial dog food feeders has to write these kinds of blogs, like anyone should have to be convinced of the merits of a species specific diet. One that advocates mostly quality meat in a dog’s diet, becomes the zealot. Might be seen as a radical thinker.

This whole scenario reminds me a little bit about how ‘flat earthers’ and ‘non climate change’ believers had such unhealthy, unreal views of the world and reality.  The main difference here is that centuries ago, humans didn’t have dog food companies telling them that 70% carb food was the most natural ‘original’ diet. I guess they wouldn’t have believe them back then, but then again that was before TV and social media could provide the grain merchants with such a powerful voice.

So today, if you visit a dog store or an online dog treat store, and have the option between green processes dog chews, or rubber toys for your dog, OR something they would have actually eaten naturally in the wild .. your choice should be a little easier. Perhaps just click on our specific chew category links above can get you started …  🙂

Blog
Comments for this post are closed.
Previous reading
Dog Treat chronicles: What do you give a dog with multiple illnesses.
Next reading
Shark cartilage dog treat ingredients good for relieving arthritis, Ok 4 pancreatitis & diabetes.