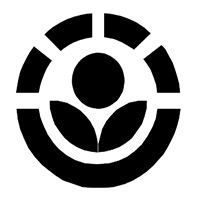 You might wonder why food needs to be irradiated for human or pet consumption, and what forms of radiation are used. Is it safe, and how does it affect the dog food?

Food irradiation originally came about because, the FDA approved the use of irradiation for all pet foods in April 2001. It was a reaction to dog foods and treats imported to America.

There is a great deal of misinformation being created around irradiation techniques, so I thought you might appreciate the truth for once.

Radiation of food is not new, as it has been used for Human food (potatoes and wheat flour)  –since the 1960s. What is new, is that the requirement for all imported food to be irradiated was a knee jerk reaction by the American Government over pet food poisoning concerns. The reason I say this, is that poisoning from other countries was often found to be associated with chemicals such as melamine, and many dog foods originating inside of America have also killed dogs and cats over the recent years. If the source of poisoning is bacterial, which of late it has been, then irradiation prevents that issue!

The reason that dog food bacteria poisoning is still occurring in America is that food made inside of America does not required by law to be irradiated. This coupled with improper manufacturing and storage of dog foods, can cause bacteria growth – which irradiation would prevent (at a few dollars cost).

Similarly if you buy dog treats in Australia, made in Australia, they usually don’t have to go through such stringent quality controls (or irradiation) as imported products. At least every shipment of dog treats that are imported are triple irradiated. Compare this to people who bake ‘dog cookies’ in their home kitchens and sell them at the markets or via the internet to you.

Why dog food is irradiated

You should first understand that this came about because of issues that America was experiencing, and so like many countries, we (Australian’s) simply follow the FDA American rules on imported products.

The original irradiation plans in America were for domestic products because ” 25% of all food products are lost after harvesting due to insects, vermin, and spoilage.” ref 2

Also ” food borne diseases caused by pathogenic bacteria result in an estimated 9,000 deaths each year and 24 million cases of illness annually in the United States alone. Irradiation has the potential to significantly reduce both food production losses and food borne illness.” ref 2

Cobalt-60 is most commonly used for food irradiation, though electron beam is finding increasing application.

What non food products are irradiated?

The benefits of dog food irradiation

“Because of the seriousness of the food safety issue and the lack of adequate control measures to ensure 100% bacteria free food, irradiation is seen as an additional tool that can be used for improving food safety. In particular, E. coli, salmonella, and a number of other pathogenic bacteria are sensitive to irradiation. Approved doses for meat and poultry can reduce salmonella and E. coli populations from 99.9% to 99.999%. Hundreds of studies found no health-related issues from consuming irradiated food at levels less than 10 kGy.” ref 2

The reason food irradiation is not regularly performed inside of Australia

Most people agree that doing anything to improve the quality and safety of human or dog food is a good idea. Irradiation has been around for as long as food microwave ovens have been in use, yet as many people in Australia have not heard about it, there remains a mystery and a scepticism about it. However scepticism without understanding the science leads to many false conclusions, and protectionism.

This is why I have quoted large chunks of the NCSU paper, so you get facts, not my opinion.

The reason I believe that food irradiation is not used within Australia is that it costs money, and primary producers do not want to foot the bill, nor do consumers want to pay for something that they might see as unnecessary. This of course assumes that Australian supermarkets do not already use irradiation (as they have in America) to slow chemical processes (ripening) of fruit such as apples that they store for nearly a year before selling.

In irradiated pork, the available thiamine may be reduced up to 50%. However in a balanced diet, this should not be an issue (thiamine is regularly added to bread in Australia)

Note that not all three types of irradiation (electron, x ray, gamma) are readily used on all foods, however triple radiation is standard for the importation of dog treats from overseas countries. This is done to maximise the control of any negative microbial (bacteria) that might be present. This is a much higher safety measure than local products!

“High levels of irradiation (above the standard 10kGY but often above 60 kGY) have already been approved for foods for NASA’s Space Program and for immune compromised hospital patients.” ref 2

What Happens When a Food is Irradiated?

“When ionizing radiation passes through a food product, some energy is absorbed by some chemical bonds. Some bonds rupture and produce free radicals which are highly reactive and unstable. They instantaneously rejoin with neighbouring compounds and the results are called radiolytic compounds. These are similar to the compounds produced by heating (thermolytic compounds). There is no significant difference in the compounds generated from ionizing radiation versus those generated from heating.” ref 2

I could quote many more sections of this illuminating paper (ref 2) however if you are really interested in the story you may want to read the paper in full.

This suggests that there is just as much likelihood of your dog being poisoned in Australia from dog food (many brands that caused poisoning in America are still on sale in Australia) as there is from imported dog foods or dog treats from other countries. And brands such as Eukanuba brag that they do not irradiate food brought into Australia (pandering to the ignorant)?

Some companies that sell Australian only dog food and dog treats would like you to believe that the pesticide, general farm processes, and food processing in Australia is of a much higher quality than in any other place on earth, but this is not always the case.

Ideally from an environmental/ sustainability point of view, you may prefer your dog food and treats to all be made within an hour’ drive of where you live, but even that is rarely possible.

The main reason that dog food or dog treats are imported from overseas is economics. Not supply issues, but the relative cheapness of imported products due to their massive scales of economy and cheap labour. Many people will declare they only want to buy Australian made dog food and treats for their dogs, but are they willing to pay a 50% premium for all these products? Be aware that as China and India middle class incomes rise, so will the price of your local and imported dog treats. Even your wheat and rice based dog treats will increase in price.

The misinformation and fear mongering that is created on social media and traditional media tends to be from special interest groups, and dog food companies charging a substantial premium for ‘home grown’ products. If more regular checking on the pesticides used on the food stocks for cattle and poultry were used, more checks on the over use of anti-biotics on cattle etc, then I would also agree that the ‘mental safety’ that buying local provides would be worth it.

However with more regulation of locally made dog food and dog treats, prices would increase, and the consumer would most likely object. It appears that a balance must be struck between Government control of our own and our dogs food sources, and the free market.

Dog Nutrition
Comments for this post are closed.
Previous reading
TRACK MY ORDER
Next reading
Testimonials