HEALTHY DOG TREATSBlogBlogIf insects are being grown and fed to all types of herbivore animals, why not feed meat to dogs?

If insects are being grown and fed to all types of herbivore animals, why not feed meat to dogs? 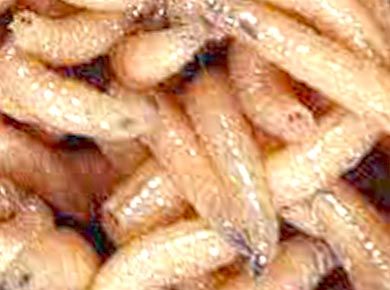 This mightn’t seem such a breakthrough idea but it is part of an experiment where ” hundreds of kilos of dried maggots in the last few months as part of an E.U.-funded research project called PROteINSECT. They are now being fed to fish, pigs, and chickens in large trials designed to answer an increasingly urgent question: Are insects the animal feed of the future?”

Working backwards, did you know that many human societies consider eating insects to be a delicacy?  Yes, meat based insects are considered a rare treat, and in many cases an important protein supplement to their diet.

The reason that this project is working well is that it considers growing grains to be a waste of our resources compared to insects that can be raised on chicken or cow manure.

Similarly many vegans and vegetarians are calling to the end of humans (omnivores) eating meat because they say how many more earth resources are required to create one kilo of meat compared to one kilo of grain. But of course they are having difficulty with their conversions because humans are defined as omnivores because of their body structure and evolution, not just taste preference.

HOWEVER, if maggots can grow on “other types of organic waste, such as leftover food, offal, and grains discarded by breweries.” then perhaps the resources issue will be solved?  That said, I have never been a fan of forcing a species to change from its original diet for the sake of money, convenience or humans making money.

Why dogs need meat in their diet

What this feeing insect to farm animals does highlight is the reverse of what is happening in the dog food industry. In the farm animals world of chickens and cows, these animals are inherently herbivores, they should not be forced to eat meat in any quantities if you don’t want to burden their digestive systems and try and force a man made evolution on these animals.

THE SAME argument goes for domestic dogs. Domestic dogs are carnivores and should eat meat. Just because manufacturers find it much cheaper to force your dog to eat the main herbivore diet (80% grain) does not mean that you should go along with their financial goals of company profits.

1.       You can feed herbivore meat (in the form of other animals or insects) but is it good for them?

2.       You can feed a carnivore dog grains and vegetables (manufactured dog food) but is it good for them? NO.

Playing GOD with a species main diet is one of the most dangerous things that humans have done over the last 10,000 years.  Having a domestic dog should be a privilege. they should get daily walks off the lead and they should eat meat, offal and bones, as their bodies evolved to process. That is what would happen in an ideal healthy dog world.

If people are happy to eat genetically modified food, to make Monsanto richer, or make bumper crops for farmers, that is fine if people have a choice. If people want to become vegan or vegetarian, that is a personal human choice. HOWEVER, choosing the wrong category diet for a dog is the last thing that they should be forced to endure.

Dogs will do anything to please their owner, including eating ANY of the food they trust their owner to give them, whether it is appropriate or not. Just because they evolved the hunting technique of scavenging in the wild during hard hunting times, and occasionally ate a berry does NOT make them an omnivore.

Dogs in the wild (and wolves) ate what they could find during hard times, and if you put a bowl of wheat or rice in front of them in your kitchen, grains that are baked, oil added, salt and sugar added – then they will consume what they are given, they don’t have a choice! if only the humans in labs hadn’t had all those years to find a way to trick these noble beasts into eating the worst food you could disguise for them.

This article is just another in a long series of blogs I have created in the hope that some owners will look at what they are feeding their dogs and why, and how meat supplements (either raw or in the form of dog treats) are really the most natural, healthy, REAL dog diet that you can give your best friend.

Or you can just feed them meat based treats because you want to, that is YOUR choice.

Blog
Comments for this post are closed.
Previous reading
Pharmaceuticals used Selegiline for dogs to treat and prevent dog dementia
Next reading
The Paleo diet for humans and how it relates to your dog food and dog treats