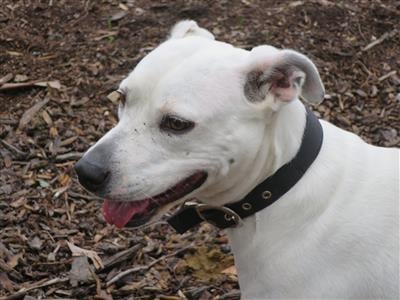 This is part two of our review of a home-made dog treats top ten treats that are sourced from around the world.

tuna and eggs are fine (though you should only give a dog a few eggs per week. And they get plenty of flour in their regular dog food.

Why do people insist on giving dogs quickly eaten, no chewing human food?  We sell 100% tuna meat jerky for dogs. It is hard and organic and takes a while for most dogs to eat.

It helps clean the dog’s teeth and is organic and is a perfect meat protein for the dog, much less manufactured than the tinned tuna in this recipe.  Again modifying meat like this for a dog should be a crime.

Disclaimer – I sell blackdog dog biscuits on my site, and there is even a peanut butter version. There are many varieties of flavours in biscuits and many don’t include meat.  I have them there to satisfy the masses, they are not my prime choice of dog treat, but people like them right?

The animal based ingredients are eggs and milk.  Milk should only be given to dogs if its lactose free.  Dogs should get all of their calcium from animals sources like raw bones or shark cartilage so it is fully bio available. 70% of the recipe is grains, plus potatoes (another filler) and some peanut butter and chicken STOCK for flavour.  Irony being that this treat if it was on my store would be REAL CHICKEN MEAT with a small amount of grain (wheat).

If you are making dog treats yourself, you should consider them being meat based as your dog is already getting 70% grains in its dog food (dry or wet).

I am amazed at the massive pre-amble before the reviewer bangs on about how dog food manufacturers are so bad and how dogs used to eat great food from around the dining table.  They say “ This acceptance of the packaged dogfoodmanufacturers lie .. so overwhelmingly .. that many are fearful of feeding theirdogs things that they and their children eat everyday”.

All great in philosophy so its always interesting to see what their solution is.

They say: ” Many vets are now beginning to attribute many modern day pet illnesses to the highly processed diets they receive. ”  Well this is something that I have thought, but I am 100% sure that no vet in Australia (making a good living off the kibble and cans in their show room, would ever be that disparaging about pellets in general. Even though I know it to be true.

From there the site goes to hell, literally.  They throw a whole bunch of links to random recipes that they have made up, mostly using vegetables and grains.  All of the prologue that could have just as easily been paraphrased off my site (except that I explain the vital inclusion of meat) is completely wasted by giving just as bad recipes as on any other wheat biscuit site.

In fact I would say their spiel is just as dangerous and misleading as the dog food manufacturers they pretend to dislike.

Disclaimer. We sell yogurt and carob drops on our website, again catering for people who like the confectionary kind of dog treat. BUT the huge difference here is that our yogurt drops have   yogurt powder in them, and our carob drops are mostly carob.

This recipe includes 80% rice grain. It has peanut oil in it which is 14% saturated fat and 32 g Omega 6, but only 0.4 g Omega 3.  Most dog food manufacturers use a ratio of Omega 6: Omega 3 of around 7, but if your dog is skin allergy sensitive a ratio of FOUR is more appropriate. In Peanut oil you have  ratio of x 64 .   Omega 6 is an inflammatory and in such a high amount is likely to do much more harm than good.

The recipe also has margarine (pure over processed vegetable oil, rather than the more natural butter), added sugar for no particular reason and molasses just to make it more sugary.  Yes you can get a dog addicted to anything by saturating it with sugar, but just like for humans, this is a bad health strategy.

The major ingredients are wheat flour, oatmeal and what germ – a MASSIVE FAIL to a dog that has already consumed 70% grains for its main food during the day.

There is some cheese and egg, which is good in moderation, but they are the only ingredients that could be classed as healthy in this recipe, again sugar, margarine and added salt round out this unhealthy treat.  Some of the 80% meat based treats I sell have added sugar and salt but in such a tiny percentage that they act as trace elements rather than a major ingredient.

If you are after nuggets that are actually good for a dog, why not try Kangaroo or Chicken Nuggets that we sell that are made of 80% meat?