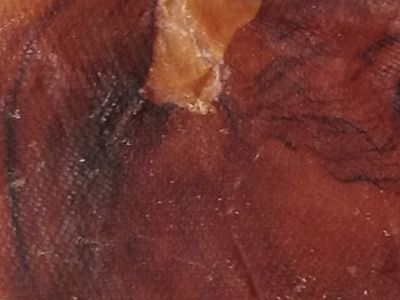 You might have guessed that I am not a fan of grain or vegetables in a carnivore domestic dogs diet. You may have viewed some of the science articles in bio-availability, evolution and a dogs digestive system that prove to 3% of the population that 97% percent of people are under some kind or MATRIX dream reality created by the big dog food manufacturers.

With that kind of statistic about who feeds their dogs anything but commercial dog food, you might think that this theory is incorrect.  You might also be amazed that maybe only 10% or less of that 3 % of ‘raw feeders’ feed dogs exclusively meat and animal products.  That means less than 1% of dogs in Australia get a genuine species appropriate daily meal. MUCH Less than 40,000 dogs across Australia regularly eat meat as their main food component.

The thing that is hardest for people and most confusing is why vets go on tv or have their shops stacked with grain based dog food?  Surely they have spent years analysing what is best for a dogs health, but the reality is they are a business and vet schools don’t spend a long time on dog nutrition.

Personally, I would rather they know about dog diseases and surgery anyway. Did you know that they are often sponsored by dog food companies and at the end of the day, dogs are a business to them.

There is very little money in selling meat as a dog food, because it is such a small niche. Meat is expensive and getting more expensive and the reality is that if everyone switched overnight to feeding their dogs meat, there would be a meat crisis in Australia.

HOW do you know who to buy REALLY healthy dog treats from?

Well yes there is our company called Healthy Dog Treats, but mostly the giveaway that a company is just a business flogging you the cheapest stuff they can get from suppliers is this.  If they release and promote a whole bunch of secondary articles on their sites about the great benefits of vegetables to your dog.  Vegetables are like a gate way additive to grains.  If you will fall for feeding your carnivore domestic dog a whole bunch of veggies, if you humanise them, then you will also fall for the grain story.

No dog in recorded history hunted a carrot, broccoli or any form of grain.  Yes you can train your dog to be rewarded and trust you and eat vegetables and get a sugar/ carb high, but its the LEAST NATURAL thing on earth.

No dog ever dug these root vegetables up in the fields. No dog ever wanted any of these in their diet, and just because humans were too cheap or poor going back over the centuries to feed their dog a proper meat diet, it doesn’t mean that isn’t what the dog needed then and needs now.

Dogs external bodies may have ‘evolved’ through man’s meddling, but a whole internal organ and digestive system didn’t.

I still see facebook posts with gift baskets full of dog treats that are like candy for children. Brightly coloured, nicely wrapped baskets of grain products. Well branded and photographed but with no real substance or science behind them.

Your dog doesn’t have a choice about what it mostly eats, but you do.

If you continue feeding your dog grain based or vegetable based dog food in 2017 (which most people will)  – The very least thing you can do as an imperative for their health is to provide them MEAT based dog treats as a supplement, a teeth cleaner, and a healthy preoccupation.

Previous reading
Why eating Dog treats is good for obese dogs
Next reading
What are the difference between dog food, dog treats, dingo diet, and dogs diet?