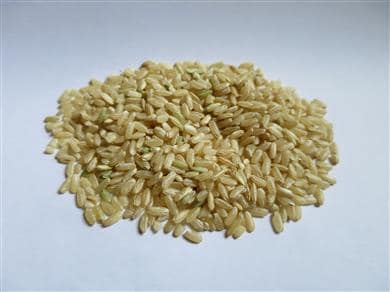 Recently I came across a high ranking article on healthy dog treats. The online  ‘dog ‘magazine’ (who mostly sell advertising space on their website) rather than give science paper references or anything to back up their claims, say they have the perfect ONE ingredient answer to what is healthy for your dog.

And if you look at what is in most expensive kibble (grain based) commercial dog food, you would be tempted to believe them. But it is not so. This is the first of three blogs where I dissect their choices and their explanations for the true farce that they are.

Cabbage was their number one healthy single ingredient dog treats. Note, this is for a DOG, not a rabbit or guinea pig – a carnivore dog. The article claims that “cabbage is cancer-fighting”.

Which means that it might have one ingredient that the cabbage industry contracted someone to write an article about for HUMAN INJECTION. There is almost never any reference to the dog digestive system or any science papers to back up their vacuous claims, but here we go.

Dogs are carnivore they don’t need vegetables or grains EVER.

They also recommend to “add just a bit though, so as to not upset your dog’s stomach or have him clear the room with post-dinner flatulence. Too much cabbage equals gas.”

if you are wondering why humans get gas, its because they don’t have sufficient acids or the right chemicals inside their stomach to digest this food which is usually eaten for its fibre characteristics. Dogs have a high acid stomach but short intestine to expel meat that is not digested quickly. BUT they are geared towards digesting meat quickly and vegetable matter hardly every gets digested properly unless it is ground down, cooked and messed with affecting its nutrition value. Flatulence is caused by bacteria growing on undigested remnants of food – exactly what will happen in a dog because they are not supposed to be eating cabbage.

Their next choice is Frozen Sardines. These are fine, they are meat (bioavailable protein) and high in Omega 3.  If your dog doesn’t eat sardines, we at Healthy Dog Treats sell shark, Tuna and kangaroo that also has Omega 3. And you don’t have to worry about any potential mess from raw or froze meat. Also, note that many people buy sardines in cans and feed it to their dog with sauces that are not good for dogs. Or the sardines have been cooked at high temperatures to speed up the assembly line often ruining the Omega 3.

Brown Rice is championed next as the great healthy dog treat. This is useless to be added to a dog’s diet, as is any grain. Commercial dog food has plenty of grain it is usually 70-80% as a filler.  The dog can extract energy from grain, but not a lot of amino acids from protein as it is not bioavailable to a dog as meat proteins are. By adding more grain to your dog’s diet, you have to reduce something else like MEAT – which would reduce your dog’s nutrition further.

Red Peppers the article says this ” Packed with vitamins, slices of raw red peppers are a sweet treat lots of dogs adore ”  Which is great, but so is meat (the thing that dogs naturally eat in the wild). VERY few (ie about none) dogs would eat this in the wild. SOME domestic dogs experiment with garden vegetables because they are bright colours or potentially interesting, they taste sweet, or they will eat anything to fill themselves up (and the dog is bored).

You will find that a dog raised primarily on meat will not recognise red peppers or any vegetable or grain as food. That is because it is unnatural and NOT a healthy dog food choice.

So for blog one out of three, there was ONE possible single ingredient food (sardines) that they suggested as a healthy dog treat that is actually healthy for your dog and not a wasteful filler.