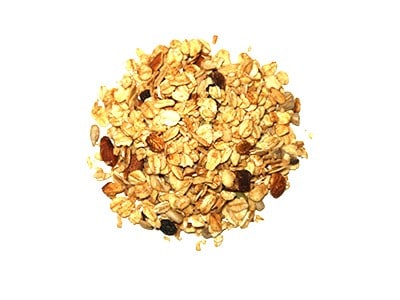 Over the last month (sept 2018),  Gluten-Free dog treats & Diabetic dog treats are listed on Google America as the BREAK OUT search trend in dog treats.

This doesn’t mean that they are by any means the most popular searches, people are still looking for healthy dog treats and various versions of CBD oil (without referrals or vet advice)

… but I thought I would explore this curious trend for you and what our views are, from a meat-based dog treat company.

Regardless of the misinformation from American sitcoms, Celiac disease is a real issue for many American and Australian people. In chronic terms, it can be life-threatening or at least cause extreme pain and malnutrition.  Celiac disease and gluten intolerance are both caused by the gluten protein in bread/cakes or any grain sources that are high in gluten.

There is a prevailing theory that the purposeful increase in gluten in crops, that essentially makes it easier for bread to be cohesive is a major cause in the recent celiac epidemic. People are being overloaded with unnaturally high levels of gluten in a myriad of products, until their digestive system breaks.  Over successive generations, farmers/ grain sellers have increased natural low gluten grains, to the purposeful growing of gluten saturated grains. The disease now affects at least 1% of the human population.

So it is possible, that if the celiac disease can occur in humans, it might occur in dogs?  In fact, since domestic dogs are carnivores and humans are an omnivore, the dog is likely to have less of a tolerance to excessive gluten than humans. The problem is that the usual solution for gluten issues is just humans to avoid gluten products.  And this is the issue for dogs, We have repeatedly said that carbs (grains and vegetables) are unneeded fillers in dog’s diets. And if in fact, you didn’t feed your dog any grain, you would ensure that they didn’t have any gluten issues.

Diabetes is also a serious and life-threatening disease in owners and dogs alike. It is said that Diabetes in dogs is a disease caused by a lack of the hormone insulin or an inadequate response to insulin.

Webmd says ” After a dog eats, his digestive system breaks food into various components, including glucose-which is carried into his cells by insulin, a hormone secreted by the pancreas. When a dog does not produce insulin or cannot utilize it normally, his blood sugar levels elevate. The result is hyperglycemia, which, if left untreated, can cause many complicated health problems for a dog.”

In more simple terms we believe that high carb (grain or vegetable-based commercial dog food is most likely the largest contributor to the increase in diabetes and pancreatitis in dogs and cats.

Hence its an easy extension to understand that feeding a dog grains (ie carbs ie sugar) is only likely to overload a dogsbody with sugar that in the wild it would not naturally ingest. Yes, the carbs can provide energy to the dog, but that is also true of true carnivore dog food ingredients Protein from meat and animal fats.

Just like gluten-free dog food the REAL diabetic dog treats EQUAL meat dog treats.  No grain, no gluten grain, NO excess sugar being dumped directly from the food into your dogs’ bloodstream.

Besides the symptoms of chronic skin infections, organ failure and blindness … even minor health issues in your dog can negatively affect their happiness and life quality.

The site also says that these breeds are most susceptible to diabetic issues, which might mean more of an imperative to increase the quality meat in their diet: Australian terriers, standard and miniature schnauzers, dachshunds, poodles, Keeshonds and Samoyeds, golden retrievers.

Blog
Comments for this post are closed.
Previous reading
Dog Calming treats – and meat jerky dog treats as a healthy alternative
Next reading
Frozen Dog Treats for summer, use all meat not vegetable to reduce obesity