What are the difference between dog food, dog treats, dingo diet, and dogs diet? 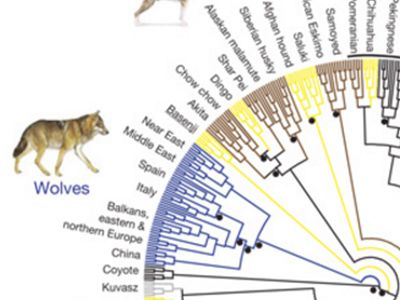 Recently on TV in Melbourne I saw a person from a dingo rescue group advocating that they make great pets, that they aren’t bad around children etc etc. Some of that might seem like a revelation to you, but I was most surprised by his view on the dingo diet and the companion dog diet.

Essentially he said that dingos are a natural wild dog and need mostly a natural diet. BUT then he said you should not feed them dog food, because they can’t process it and dog food is too full of fillers and is too processed.

Ironically this is what I and many raw feeders and science journals on bio-availability (that I have analyzed in previous articles on my site( have said for decades about why a domestic dog HAS to have a natural meat-based diet, to be really healthy.

Sometimes its like special interest groups want to keep the gateway open to dog food sponsorship so they won’t rock the boat.  However, If you look at the first image in this article and an analysis of other dingos dietary information quoted below. you should find that the dingo and domestic dog are incredibly similar in nutrition needs.

The dingo and the dog co-evolution and their food diet

An Australian museum site says the dingo was “ probably introduced to Australia by Asian seafarers about 4,000 years ago. Its origins have been traced back to a south Asian variety of Grey Wolf (Canis lupus lupus). Recent DNA studies suggest that Dingoes may have been in Australia even longer (between 4,640-18,000 years”

And from previous science papers, it is believed that the domestic dog evolved from teh wolf about 20,000 years ago in China from the grey wolf.

The Chart I have reproduced here shows that the wolves had a separate evolution from all other dogs. That the Basenji dog had a separate evolution to the grey wolf.  And that there are a number of dogs called ANCIENT DOG breeds that go back many thousands of years and are the oldest domestic dogs evolved directly from the wolf, They are the Akitarom the dingo and all other domestic dogs and that the Chow Chow, Shar Pei, Malamute, and the Husky also evolved separately from all other dogs.

Now all major dog food brands produce pellets (grain based dog food) that they say is ideal for ALL domestic dogs.

However looking at the evolution tree, you will see that The DINGO and the  chow chow share a common ancestry, which is than earlier in history shared by the sharpei and malamute and then earlier this branch is shared by the Akita.  ALL of this happens before they evolved from the grey wolf.

What the Aussie dingo expert says about dingo diets

” Ideally, the best diet for any dingo is a natural one. A good zoo keeper won’t feed the lions cat food, so it makes sense not to feed a dingo dog food. The reason for this is that dingoes have a unique digestion system that cannot process some of the fats found in farmed meats like lamb and beef. Instead of a healthy 20+ year lifespan, a dingo fed an unsuitable diet may only live 7 or 8 years. So, to give your dingo the best possible life, let nature be your guide. ”  REF 2

Curiously there are many raw feeders that will say that commercial grain based pellet food is not natural for domestic dogs, and that feeding them a grain diet will significantly negatively affect their health.  The “unique digestion system” that the dingo author talks about is that shared by the ancient domestic dogs (AND ALL OTHER DOMESTIC DOG BREEDS).

It’s just easier to see on the evolutionary tree how close the ancient breed dogs are.  They have a carnivore digestive system (sharp ripping teeth, high acid stomach, lower amylase amino acid – a high amount is required for properly digesting vegetable matter, and short intestine to expel waste quickly before it becomes toxic.)

The whole commercial dog food argument is either based on using the cheapest ingredient to sell at the highest price, or the misguided belief that forcing dogs to have some vegetable in their diets over the last 10,00 years or so with humans has completely evolved a carnivore into an omnivore. Domestic dogs mostly tolerate a grain diet, but don’t thrive on it – same as the Dingo I would imagine.

Specifically what do you feed your dingo?

“Next step is to feed holistically. If you are able to source entire animals then most definitely feed your dingo the entire animal – this includes fur, feathers, head, feet, meat, and bones. Remove gut and organs as a safety precaution against diseases and parasites, and accompany with a monthly broad-spectrum worming routine. ” REF 2

Now you might be amazed that there are humans who follow the exact same diet for their dogs.  There are even niches that feed their dogs road kill.  And not surprisingly these dogs thrive.

Humans are squeamish mostly about feeding whole animals to their dogs, even though that’s what hunting dogs often get, and the wolf still does for a living.

I don’t advocate that everyone stops buying pellets and starts feeding their dog whole animals, but that is the most NATURAL diet your dog could get.  Or you could go halfway and buy meat, bones and offal (like many raw feeders Including myself) use for our dogs. 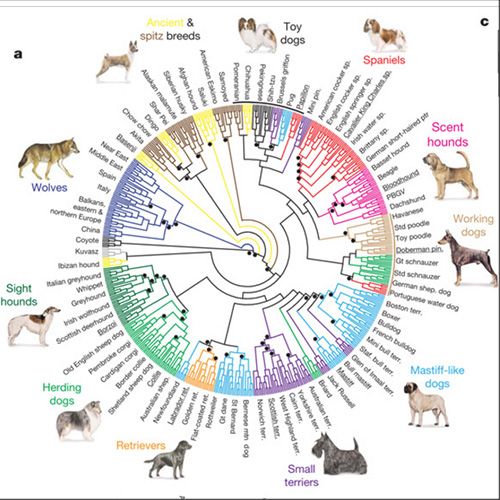 So why is dog food bad for dingoes and not bad for dogs?

“Dry food should be carefully selected as many are not suitable for dingoes due to their high levels of unnatural fillers, preservatives and low quality ingredients that cause digestion issues. Opt for a high quality fish, lean beef or kangaroo based kibble with low amounts of grain and preservatives.” REF 2

Ironically many dog owners are beginning to understand that the diet requirement of the dingo might not be any different to their dog.  if you buy human grade meat and offal, and you worm your dog regularly … there is very little chance of bacterial or parasite infection that dogs in the wild might get from catching and eating natural food.

The whole point of this article is that the dingo diet and domestic dog diet is the same because of their evolutionary closeness.  Sure someone might come up with a commercial ‘ancient breed dog diet’ that has 50% meat in it, but it’s still nowhere near the 95% meat-based diet that dogs get in the wild, and thrive on. The reason that grain and veggies are not ideal in large doses for dogs is because they have not evolved to eat grain, no matter how much our corporations push on the dog.

What this has to do with a meat based dog treats site (this one) is that MEAT is good for your dogs. LARGE BONES (dried properly by experts) are good for your dog.  Nothing that the dingo experts have said about why commercial dog food is bad or what an ideal natural dingo diet is good, is any different from what we are saying for your domestic companion dog.

You don’t have to feed whole animals to your dog every day, but feeding them MORE meat based healthy dog treats is only going to get you a healthier, evolution based natural diet outcome for your beloved dog !