Can dogs eat pork? May I recommend a pig’s ear? 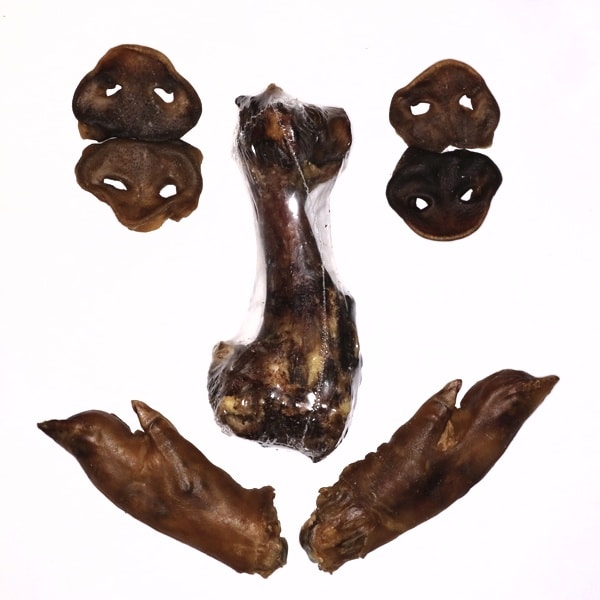 The answer is a resounding yes.

You might want to know when and why people feed pork to their dog’s right? And what the limitations are.

The reason I know that dogs can eat pork is that we have a WHOLE PORK category on our website that sell you various pork treats in various sizes for almost the last ten years. For some owners, pork is all they buy for their dogs.

A basic rule of thumb. There are very few meats that are poisonous to humans.  Humans are omnivores (meat and vegetable processors).  If a human can eat a meat, you are pretty much guaranteed that a dog (carnivore evolved) can eat that same meat, and process it much better.

In fact, since dogs are carnivore based, they have sharper teeth for ripping meat, higher stomach acid to strip the amino acids in the protein apart to use in their body, and a short intestine to expel the waste of that product.  DOGS are geared to eat PORK, and MEAT in general. 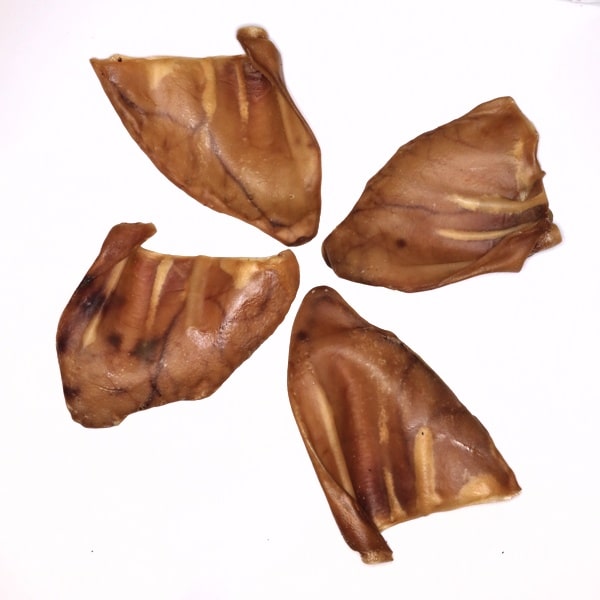 Pretty much the same reason as humans love pork and bacon. TASTE.

Dogs are driven to eat based primarily on smell. But as smell and taste are intimately connected ..  it makes sense that once they have tasted pork and know what it smells like, they are going to go crazy to eat it next time they get a hint of the smell of pork.

The other reason that they love pork, is that many pork treats have the perfect texture for ripping and chewing for a while.  Chewing releases endorphins in a dog, and as long as they can get some of it to rip off and eat once I a while it can be a great Occupier treat (stops boredom).  That is people use it to safely stop boredom while they leave the house.  If your dog can be trusted to chew before it swallows treats, then pork bones might be ideal for you to.

There is a lot of bad press about rawhide only treats found in two-dollar shops (these are typically cow leather).  These are often made extremely cheaply with glues and toxins in OS factories without properly quality control and have been shown to bind in some dog’s intestines.   PORK long chew dog treats are a perfect safer substitute for rawhide. 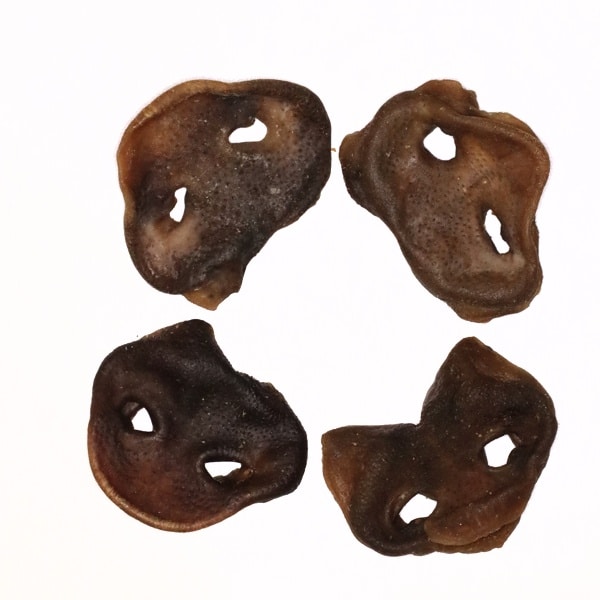 Dogs also love the NATURALLY oily taste of these pork treats.  This is the natural pig oil, an animal-based oil that was part of the animal. It is not a vegetable oil that is sneakily added to some vegetable-based dog treats to trick dogs into liking treats they would otherwise never eat.

While some Pork dog treats might have a similar fat content to chicken and beef (typically around 10%) – this is often not too dissimilar to dog food fats (which again are often the more artificial vegetable-based oils simply added for flavouring not health).

The bonus thing about pork dog treats like the jumbo rolls is that because they can take a very long time for most dogs to consume, that even if their fat content (which is actually a very low THREE percent , wont add much to their waistline, because they are not eating a lot, the total amount of fat consumed is still relatively low.

Animal protein is always better for your dog than vegetable. Dogs are carnivore based, and animal protein is the most bio available to their bodies to use.  Even the jumbo pork rolls have an extraordinary PROTEIN value of 60%,

You should note that many dog foods (ie most kibbles) are vegetable based and only have to have a worrisome low value of 18% protein (of any type) to be considered acceptable as dog food!  So adding a pork product (that is truly animal based like our treats) – goes a long way to boosting your dog’s nutrition, as well as enjoyment.

Dogs can pretty much eat every part of the pig.  The only thing is that smaller, older and dogs breed to have soft jaws prefer the softer, easier to eat cuts of pork.

As long as your dog is sensible in how it chews before swallowing a treat, they can have any healthy dog treat, including pork.

Pigs ears have become the gold standard over the years, mostly because it is a simple treat that supermarkets were able to get (often from dubious overseas sources) and people just got used to buying one simple pork treat with their regular shopping. 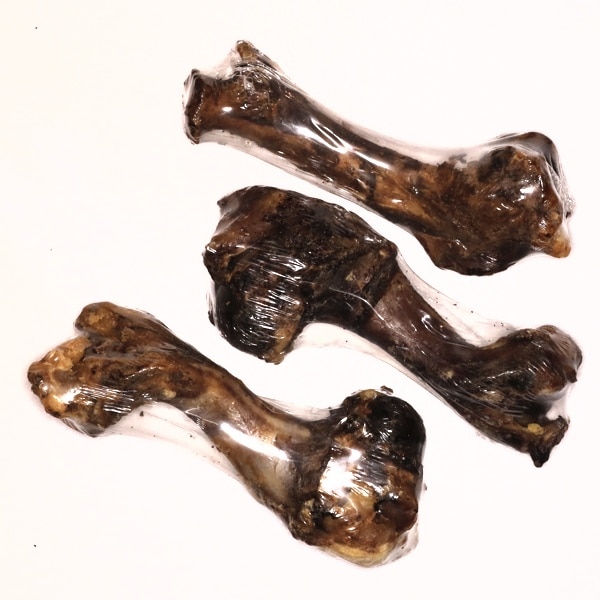 Our pig’s ears are AUSTRALIAN origin and if you don’t want to feed a whole ear to your dog to spoil their meal, we have a pig’s ear strip option that is much smaller.

The only caveat with pork is that some of their treats can have relatively high fat, and saturated fat. This is not bad for a dog like humans (it is not cholesterol issue for dogs) BUT because fat is typically two and a half times the KJ value of Protein or carbs, gram for gram it provides 2.5 times the energy so more of the dogs regular food must be withheld to keep a dog trim.

In fact the more natural a pork dog treat, like pig’s trotters or pork bone .. the more likely it is to have a regular amount of pork fat. And sometimes if a small dog eats a whole trotter for the first time, that high ingestion of yummy fat can also be too rich for them making them momentarily sick.

A dog that is used to eating a lot of pork will probably never experience that illness.

Likewise, if a dog is able to crack a pork bone in half and eat the marrow, that is also very high saturated fat. But again, pork bones are relatively hard, and not all small dogs can crack a pork bone.

Dogs love pork.  Have you ever seen their nose twitch when you start frying bacon? Pork like all other meats is good for a dog. Its just that if you feed them the treat that has a high natural fat content and they eat a lot of it, they can either become fat or if they have a sensitive stomach, they can reject that food. Just like their owners.

Pork dog treats are probably one of the most Moorish foods that a dog can have … but like with any good thing, just ensure that they don’t over do it.

Blog
Comments for this post are closed.
Previous reading
Can dogs eat beef jerky? YES – but which type?
Next reading
The top 4 global dog treat trends for your dog in 2020