black dog treats and the story behind their great range 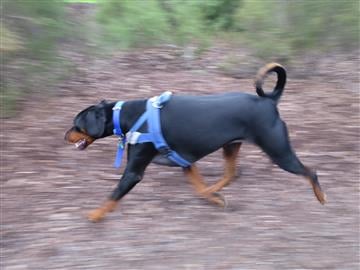 Recently I stocked my blackdog treats in a small local cafe.   Its amazing how different people have so many different levels of knowledge about different product lines.

Essentially I had to start at the beginning of the blackdog Melbourne dog treat company story and tell them that these treats are so different because they actually have a majority of meat in them, around 80% plus for the average treat. I didn’t go fully into explaining why that was important, but most people seem to intuitively have an understanding.

Then I went through explaining how our treats are fresh because we get them direct from the warehouse on an as needed basis rather than storying them in a big centralised warehouse for years.

The price advantage they can have over their competitors is up to them. They can make a large profit just like the competitors do by making huge mark ups, or they can price them reasonably and go for volume.  that is a personal business decision of course. I price my dog treats low online so people can buy more of actual healthy treats.

Then I went explaining my philosophy on what type of meat suits what kinds of dogs, and if they want hard or soft treats, which ones they can advise their customers to buy.

For something that is not rocket science its amazing how many manufacturers put all of their money into advertising and marketing rather than the treats – Blackdog treats are the opposite. They pay a lot for meat for the meat based treats, and are unknown in many parts of Australia, because they have a tiny marketing budget. But for teats that I want to feed to my dog, I wouldn’t have it any other way.

The truth about additives in dog treats and making sales

The big wigs at fancy corporate dog treats co, do a lot of testing to make pieces of inert nutrition-less clumps of matter (often grain) tasty for dogs, as do the dog food manufacturers. To do so they have to add lots of sugar, salt and oil. They have to make the non tasty, non nutritious clump attractive enough for a dog to eat – so the owners buy more of those expensive shiny packets.

Blackdog treats are the opposite. They use meat as the base ingredient with a little grain to bind it all together. Yes they make these treats hard or soft depending on the purpose of the treat, but they only add things to these two ingredients if it is going to make the teat healthier for the dog, not just more palatable. That is why most of their treats have a couple of vitamins added and very little else.

It is true that only the jerkies have no preservatives added, and if that is on your wish list, then only buy jerkies (roo, beef, fish, chicken and duck) from me that are 100% meat. They have found that customers who want to keep their treats for a month or so, and often dont refrigerate them or don’t even close the packet top once they have opened it, were shocked with a product that would actually go off (because it had no preservative and the ingredients were real food) – hence the need for some preservatives for treats for these people.

Its not rocket science but everything in the blackdog treats range is added to the product for a health reason, NOT just to trick dogs into eating it or to increase profits.