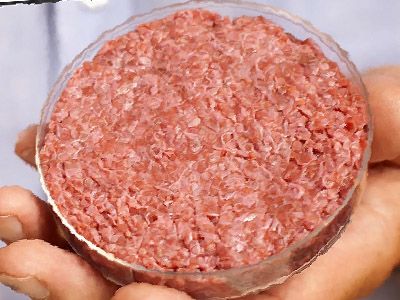 Recently I came across something that should shock every dog owner in Australia to the core. Mayor Bill de Blasio (NY city, New York) declared on 24 OCT 2017 that they are ” ..Creating habits for a healthy planet and healthy bodies should start early. We’re introducing Meatless Mondays in Brooklyn schools! For our own health and health of the planet,”

If history teaches us anything, it would be that trends and laws that occur in California and NY in America tend to blossom around the world within a few years. Most of these thinking capitals do things for the sake of human and earth health, but in this case, there is a very sinister downside you would be aware of.

The logic they have in place is that it takes a lot of resources to produce cows and cattle for human meat consumption, these cattle also create a lot of methane that has a high impact on global warming. As undeveloped countries around the world begin to prosper, their populations will also demand more meat causing more deforestation, and more global warming issues.

So rather than convince other countries to go vegetarian, or control their own meat export, they are punishing their own citizens, for a “good cause”.  This will have shockwaves around the world, and dogs will suffer more than any other species.

The thing they don’t like to dwell on is the meat supply and demand model. Like in Australia, American farmers like to export what they can, particularly if they can get a higher price for meat.  The problem is for the residents of both countries, this massively rises the price of meat for their local citizens. Farmers accept handouts in time of weather crisis (public money), and then sell their citizens meat (grown on home soil) to other countries inflating meat prices massively at home.

By “educating” children that they don’t need meat, they hope to turn a higher percentage of the population vegetarian. Now while I and evolution consider humans to be omnivores (and once carnivores hundreds of thousands of years ago), reducing meat consumption is now apparently seen as a healthy and green option. I also know Domestic dogs to be carnivores, but of course, dog food companies prefer to you believe they are mostly omnivore requiring meat as an occasional treat.

If dog food manufacturers have dog owners convinced already that 30% meat is enough for their essentially carnivore dogs to live on, then convincing the human population that they also don’t need meat, will allow dog food companies to reduce the meat content in dog food even further. One day to maybe zero.

The only reason you have meat in dog food at the moment is that AAFCO found that about 20-30% meat was the lowest you can have and keep a dog reasonably healthy. I have done the nutrition sums based on their minimum levels of essential amino acids (of which meat has as a much higher amount of essential amino acids (protein) than vegetables and grain). It turns out that dog food makers HAVE to include meat to just maintain these bare minimum affco enforced amounts. No affco tick, no calling your recipe balanced dog food.

So with most Governments (in Australia and America) unwilling to tackle questions of food security for their citizens, and considering unrestrained capitalism of their famers the best thing for the country – human owners and dogs soon will not be able to AFFORD meat for themselves or dog food.

WHAT ABOUT artificial meat grown in the lab?

Some people are considering that lab based petri dish grown meat substitutes (fake steaks that “bleed” just like the real thing) will fool people enough to act as a substitution.

But the point about bio availability and why dogs need REAL meat, is not only the protein (essential amino acids) but all the other LIVE ENZYMES that come with REAL MEAT.  It just can’t LOOK like real meat (like our current fake SOY products that are shaped and dyed like meat do (read up on TVPs) – but it actually needs to be real meat for meat based dogs to be their healthiest.

Most owner are already fooled into thinking TVP soy (the look-alike meat in most dog food cans) is actually meat – so its not a long stretch to consider people will soon forget that whole wolf to dog thing and dogs digestion still being geared to processing meat.

NORMALISING and rewarding children for not eating meat, is the first step to making us a two tiered society of those who can afford meat, and those who cannot.  Don’t worry, our politicians will still be able to afford the best cuts of meat well into their old age special pensions.

But if you and your children can’t afford to eat meat regularly, what are the chances people are going to buy meat or meat based dog food or dog treats for their dogs – they wont, it will just be too hard.

BAN meatless ANY DAYS before this rot takes hold ….

“we announced that 15 Brooklyn schools will participate in #MeatlessMondays next spring. The program will provide participating schools with healthy, all-vegetarian breakfast and lunch menus every Monday!  Meatless Mondays is one more way in which we are using school meals as a teachable moment to educate students on the importance of making healthy choices.”