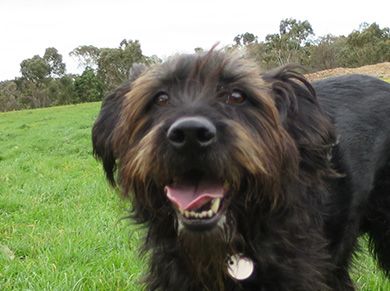 Kangaroo meat makes one of the best dog treats in the world, bar none. Each country has a few large animals that are in overpopulation mode and has government quotas on these animals for shooters, and this is what is happening in Australia.

America has Bison some countries have a wild goat or various animals. Canada seems to export a lot of Salmon. To find out what is the most plentiful organic meat, simply see what exotic meats are included in high-end kibble.

In Australia the reason why Kangaroo is so good is that it has high Omega 3 values, is a very lean meat, and Australia is relatively unpolluted so you know that organic is as close to organic as possible.

People in Australia don’t eat as much kangaroo as they should as either they find the gamey taste off putting or they find the image of eating ‘skippy’ to be bad. But the reality is that kangaroo populations have exceeded the environment that can sustain them, and only about one third to a half of the national quota each year is achieved, meaning that the select variety of kangaroo that they have quotas on are never in danger of becoming extinct. But they might be in danger of over populating then starving if they are not culled.

These kangaroos will be culled by legal shooters regardless of whether people or dogs eat the meat, and if there is not enough demand they will find the meat put back into  other animal food chains, fertilizer or any other number of lower end uses. Why would you waste such a plentiful pure resource then?

Why is kangaroo meat in dog treats so relatively expensive?

The cost of kangaroo meat will always be higher than farmed animals because of the scales of economy and increased efficiencies in feeding technologies of farmed animals.  The process of butchering wild animals also tends to have a longer chain of ‘manufacture’ and can be very labour intensive. This means that even though no farmer pays for food stock (with wild animals), the end price of kangaroos and even wild goats and rabbits tends to be higher than staples such as beef (bulk roasting meat), lamb, pork and chicken.

However with our farmers exporting more of our staple meats to Asian countries you will find that the cost of staple meats are now reaching that of our own native organic meats.

You may not be aware of how expensive kangaroo meat used in dog treats is, and that is because mixed treats (those with grain) often have a minority share of farmed meat in them, so the finished product can be a similar size and price as other comparable dog treats. If you buy 100% roo jerky with no additives you may find that the pack size is a lot smaller than other meats for a similar price. What my Healthy Dog Treat company tends to do is reduce our margins on the more exotic meats so that the consumer can afford something different, something a lot healthier for their dogs.

If you are like the 97% of people that feed their dogs on a manufactured dog food diet, which is mostly grain or vegetable matter – then your dog is in desperate need of meat protein top up. You can do that with one of the regular farmed meats, and many people do, but Kangaroo is a very healthy alternative to this.  And as said, if you don’t use the meat, the roos are still going to be culled, they will just be ‘wasted’ on much less valuable things than your dog.